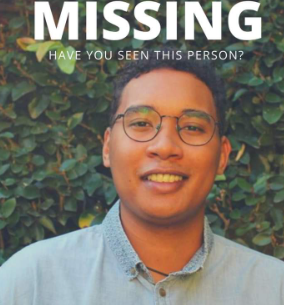 Chad Dorkin is said to be recovering well after he was kidnapped.
Image: Supplied

A 24-year-old KwaZulu-Natal man who was hijacked on Sunday evening and held  hostage for more than 24 hours in multiple locations in Durban is said to be “resting and recovering” from his trauma.

His father, Dr Elton Dorkin, said Chad had been driving home after visiting a friend in his silver Toyota Yaris when he was hijacked by three attackers.

Dorkin said they were grateful for the prayers and support of the community.

“We are deeply appreciative of the Durban community which came together and supported us during this painful experience.”

The hijack sent shockwaves around the city. After police and private security efforts, Chad was released and reunited with his family in the vicinity of Queen Nandi Drive, north of Durban.

“I can confirm that a ransom was demanded for his release. However, due to the ongoing police investigation we are unable to disclose any further details,” said Dorkin.

She said Dorkin's friend, who had opened the case, had “alleged that on June 12 at 7.52pm they were on Woodford Road when they were accosted by three unknown people. [Dorkin], who was in the vehicle ... was kidnapped and hijacked by the suspects. Charges of kidnapping and carjacking were opened at Durban Central police for investigation”.

Dorkin's car had not yet been found.