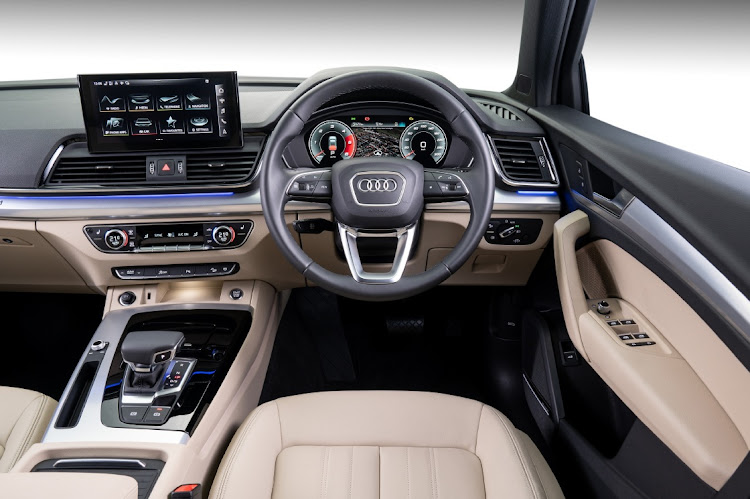 A Northern Cape woman was forced into the boot of her Audi Q2. File image
Image: Supplied

A woman bundled into the boot of her own car by alleged kidnappers has been rescued at a Grasmere filling station on the N1 south of Johannesburg.

Two suspects were arrested and are due to appear in the De Aar magistrate’s court soon  on counts of kidnapping and theft of a motor vehicle, said Northern Cape police spokesperson Capt Olebogeng Tawana.

The victim had employed the two men as bricklayers while she was building and renovating her house in De Aar.

On Monday, the 30-year-old was allegedly forced into the boot of her Audi Q2 and the men drove off with her.

“The victim was in possession of her cellphone and managed to communicate with her mother via WhatsApp about the kidnapping ordeal and theft of her motor vehicle.”

Her mother alerted police, who launched a search and tracing operation, liaising with security companies and the Johannesburg Highway Patrol.

At Grasmere, police found her in the boot and the suspects in possession of the stolen vehicle.

“The victim sustained bruises as a result of the scuffle during the kidnapping,” said Tawana.

The route is a nearly 8-hour drive.
Image: https://www.google.com/maps

EFF leader Julius Malema suggested at Hillary Gardee's funeral on Saturday that her killers are far from poverty-stricken.
News
3 months ago

The department of correctional services on Tuesday said a prisoner had been abducted by two armed gunmen in Thembisa, Gauteng.
News
4 months ago

Delays in obtaining DNA results, ballistics and cellphone records have pushed the trial of three men accused of the kidnap-murder of IT graduate ...
News
2 months ago
Next Article