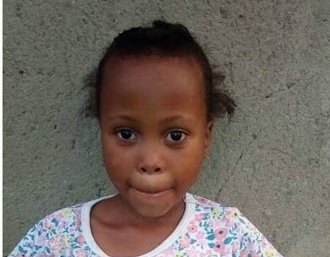 Little Bontle Mashiyane, 6, who was raped and brutally killed in Mpumalanga last month, was laid to rest in an emotional send-off on Friday.

Bontle, who was buried at Mashudu village in the province, went missing from her home in Mganduzweni near Hazyview on April 30, and her body was found mutilated in the area 21 days later.

The funeral was also attended by provincial government officials and political parties.

A neighbour, Ntombikayise Ngwenya; her boyfriend and serial offender Collen Hlongwane; their friend Thapelo Ngomane, who is a sangoma; and his son, have been charged with Bontle's murder and rape.

This led to enraged community members to torch the houses of Ngwenya and Ngomane after they were nabbed for the child’s death.

Three houses belonging to two of the people accused of killing Bontle Zethu Ditebogo Mashiyane and a local sangoma taken in for questioning were ...
News
2 months ago

Speaking at the funeral on Friday, the principal of Sincobile Primary School, James Sigudla, where Bontle was a pupil, said staff members are still trying to come to terms with her gruesome death.

Sigudla said they are also concerned about the safety of other pupils, considering that Bontle was not the first child from the school to be abducted and killed.

“As the school we are heartbroken and shocked by Bontle’s death. We are really concerned because she’s not the first child from our school to be abducted and killed in this manner.

“She is actually the third child who attended our school to be killed like this, and that brings shock and chill among us as teachers and learners. We are asking for the community to cleanse itself and desist from these things,” Sigudla told mourners.

Sports, culture and recreation MEC Thandi Shongwe, who represented Premier Refilwe Mtshweni-Tsipane, said the provincial government is shocked by the increase of muthi killings in the province.

“We hope that the perpetrators are brought to book and face the might of the law and send a precedent. It’s really shocking that people are now kidnapping and killing innocent children in this gruesome manner. They are being killed for their body parts and this must stop because we are now scared to even send our children to the store,” Shongwe said.

Bontle's mother Permission Seipane struggled to speak as she kept crying next to her coffin.

A picture of Bontle wearing a T-shirt bearing the words “I'm going to Change the World” was displayed at the Faith Assembly of God Church where the service was held.

Distraught mother, Permission Seipane has spoken about the pain of losing her daughter.
News
2 months ago

Speaking on behalf of the family, Norman Mazibane said it's still hard for them to accept that Bontle is no more.

“We received counselling from government before the body was brought to us, but still it's hard to accept that our beloved child is no longer with us. But we find solace in that when Bontle died, the eyes of the community were opened through finding the people who kept on stealing and mutilating children in the community,” said Mazibane.

Lydia Moroane from the ANC Women's League told mourners that as women, they wish they could deal with criminals themselves.

“We are angry as women and parents about these killings and we wish we could be there and deal with whoever is responsible for these murders. We can’t continue like this ... where our children are killed like dogs,” Moroane said.

The ANC and EFF also condemned the killing.

Call for tougher laws on abuse to protect children

SA needs legislative reform that should focus on ensuring that children get better parental care while also tightening the grip on offenders.
News
2 months ago

Tensions remained high in Mganduzweni and nearby communities in Hazyview on Tuesday after two more suspects in the murder of Bontle Mashiyane, ...
News
2 months ago

Community, EFF members out in numbers as Bontle's 'killers' appear in court

There's high police presence and community members outside the KaBokweni magistrate's court ahead of the appearance of three people accused of ...
News
2 months ago
Next Article