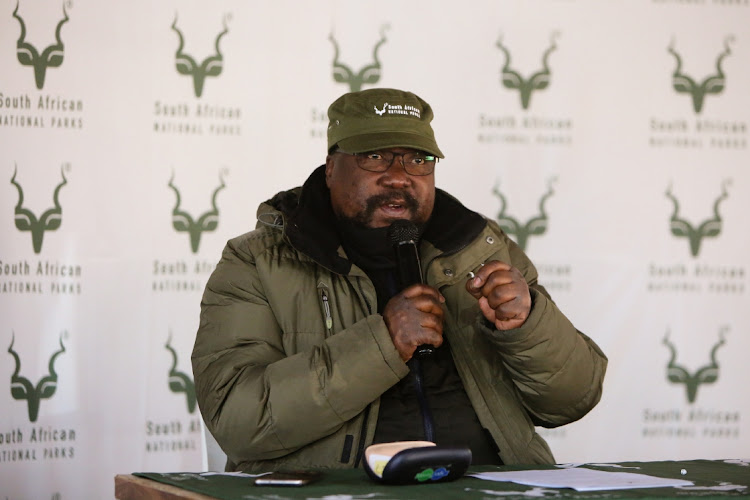 The agency said its board met on Wednesday to deliberate on the outcomes of the disciplinary process, ruling and finding on the sanction, in line with the recommendation of the independent senior counsel who chaired the process. It was subsequently determined the relationship between Mketeni and SANParks would be terminated with immediate effect.

The SANParks board initiated the disciplinary process against Mketeni in July last year. The process was chaired by an independent professional and resulted in a ruling and recommended sanction delivered to the board last month.

“Notwithstanding the outcomes of the criminal proceedings against the CEO, the board decision was based on the CEO being found guilty of six of the seven charges levelled against the CEO based on his having breached the code of ethics and business conduct policy and the disciplinary policy and procedure of SANParks,” it said.

Mketeni was found not guilty of assault and sexual assault by the Bushbuckridge magistrate’s court in Mpumalanga in October.

MP Annerie Weber, a DA member of parliament’s portfolio committee for the environment, fisheries and forestry, said Mketeni’s dismissal relates to an incident in May 2021 when a young woman was assaulted for refusing his advances.

Two colleagues alleged to have participated in the assault are awaiting the outcome of their disciplinary processes, she said.

Weber said after the 10-month disciplinary hearing, Mketeni was found guilty of sexual harassment, assault, using abusive language, failure to report someone missing in dangerous circumstances and failure to report the incident to his superiors timeously. He was also found to have embarrassed and damaged the SANParks name.

She applauded SANParks for its handling of “the very serious issue of gender-based violence (GBV) in the workplace” and commended “the young woman in this case for standing up and not giving up”.

“She is a role model and  beacon of hope in the sea of GBV,” Weber said.

“It is about time men in high positions be held accountable and assist to root out the disease of GBV. Women are not their subjects. They are equal to men and should be respected as such.”

The South African National Parks chief executive Fundisile Mketeni says he is ready to return to work after he was acquitted of assault and sexual ...
News
8 months ago

The chief executive of South African National Parks, Fundisile Mketeni, has been granted R2,000 bail after appearing in court on assault and sexual ...
News
1 year ago
Next Article