State says it can 'prove' Mkhatshwa is lying 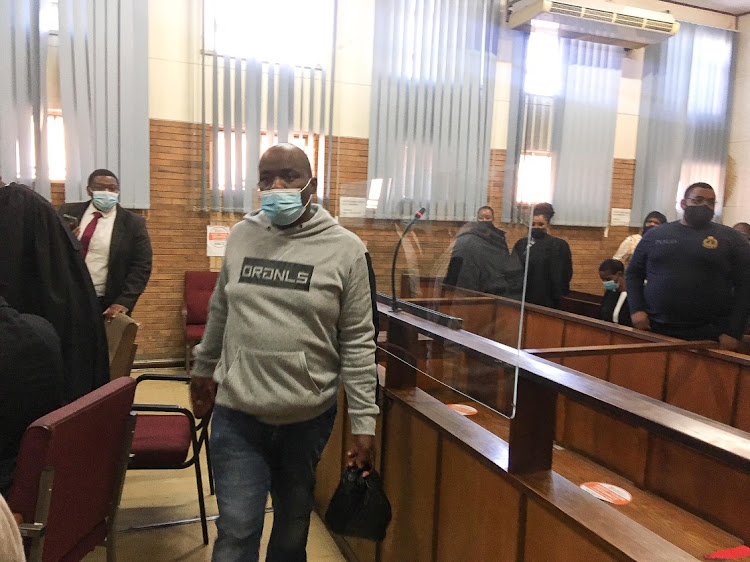 The state is expected to prove to the court on Friday that murder accused Sipho Mkhatshwa is lying about not being in Mbombela, Mpumalanga, when Hillary Gardee was kidnapped and killed.

Mkhatshwa appeared for his bail application in the Mbombela magistrate's court on Thursday,  where he said he was in Malelane (about 65km from Mbombela) from the time Gardee was abducted in Mbombela on April 29 until she was found dead on May 3.

Through his lawyer, Mkhatshwa told the court that he was in Malelane buying a cow  and preparing for his lobola negotiations, which were to take place on May 7.

However,  state prosecutor Adv Ntsika Mpolweni said Mkhatshwa was not being truthful about his whereabouts and said that a state witness will prove to court through his cellphone location tracking that he is lying.

“We will prove when the investigating officer takes the stand and testifies that his [cellphone] number was located in Mbombela on that day when the deceased disappeared,” said Mpolweni.

Mkhatshwa was arrested with Philemon Lukhele and Albert Gama and they are facing charges including abduction, rape and murder.

According to a sources close to the investigation, Mkhatshwa went to consult with a sangoma to be cleansed a day after Gardee was killed in a student lodge owned by Lukhele. It was the sangoma who then reported him to the police. It's alleged that after his arrest, he pointed out the lodge, leading to the arrest of the other two alleged accomplices.

Supporters of political parties EFF and ANC together with community members gathered outside the Nelspruit magistrate's court on Thursday morning ...
News
2 months ago

The three initially abandoned their bail bids, however Mkhatshwa had a change of heart last week. “I intend to plead not guilty to all the charges. I will prove to this court that when the said crime happened I was in the following places: On the day in question (April 29) I had an appointment at Strydom Blok with a veterinarian to facilitate documents for a cow that I bought for our lobola negotiations which were planned for the 7th of May.

“I bought the cow from a man I know as Samsokol and Rudolf was to help with the paper work to transport the cow. After that I went to fetch my kids with my partner; at around 17:30 I heard from the media that the deceased was missing. On April 30, I went to a church service which I was leading at Middelplaas for the Roman Catholic Church,” said Mkhatshwa.

Mkhatshwa also mapped out to court what he was doing in Malelane over the days that Gardee had been missing. He said his duties included attending church, comforting a bereaved family, buying car batteries, fitting clothes for his wedding accompanied by his family, cleaning his yard and buying cool drinks and food for the wedding.

He said he did not know Gardee and also claimed to have health issues and that he stood to lose income.

Mkhatshwa's lawyer Sfiso Silindza also told the court that his client was employed by the City of Ekurhuleni as an IDP (Integrated Development Plan) facilitator owning movable assets valued at R11,000 and immovable assets worth more than R1m in value that include a house in Schoemansdal and a flat in Germiston, on the East Rand.

Mkhatshwa said his arrest was carried out  “Hollywood-style”, with police banging on his door and pointing guns at his “half-naked” wife and threatening to beat her up.

Mpolweni questioned why Mkhatshwa lied that he has five children when he actually has three.

“They are not my biological children but I support them and their father doesn't,” Mkhatshwa responded.

The bail application was postponed until on Friday for the state to examine Mkhatshwa's evidence.

Sipho Mkhatshwa, in his bail bid, says he was nowhere near Hillary Gardee when she was kidnapped and murdered.
News
2 months ago

One of the accused in the Hillary Gardee rape and murder case has been moved to a maximum-security prison after prison officials allegedly found a ...
Sport
2 months ago
Next Article