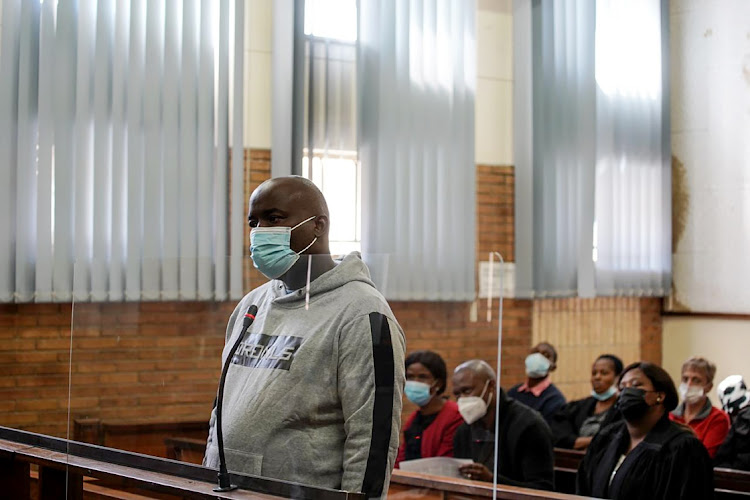 Sipho Mkhatshwa is one of three men accused of the murder of Hillary Gardee.
Image: Emile Bosch

EFF supporters gathered at the Mbombela magistrate's court in Mpumalanga on Thursday for the bail hearing of Hillary Gardee murder accused Sipho Mkhatshwa.

Gardee, 28, was the daughter of former EFF secretary-general Godrich Gardee.

Mkhatshwa launched his bail application on Tuesday last week. He was arrested last month along with his co-accused Philemon Lukhele and Albert Gama.

Gardee’s body was found next to a pine plantation on May 2 alongside a gravel road 40km outside Mbombela. She was kidnapped in the town on April 29 while travelling home with her adopted three-year-old daughter.

The EFF has called for the arrest of those who may have assisted Hillary Gardee’s murder suspect Philemon Lukhele to allegedly smuggle a cellphone ...
News
2 months ago

The bail application of Hillary Gardee murder accused Sipho Lawrence Mkhatshwa was postponed on Tuesday by the Nelspruit magistrate's court.
News
2 months ago