The ball is in Sibanye-Stillwater’s court, say mineworkers’ unions 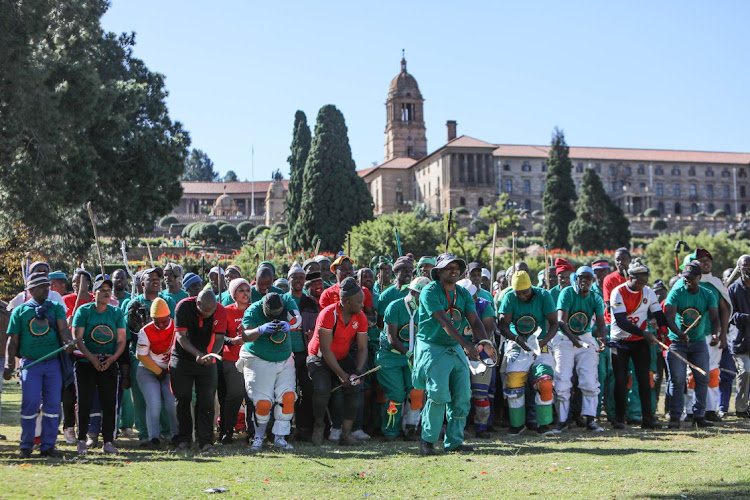 Talks between unions representing striking Sibanye-Stillwater gold sector mineworkers and the company continued to hang in the balance on Tuesday.

Following a stalemate on Monday evening at a meeting facilitated by the Commission for Conciliation, Mediation and Arbitration (CCMA) after the mining company rejected a counter-offer tabled by the National Union of Mineworkers (Num) and the Association of Mineworkers and Construction Union (Amcu), parties convened on Tuesday morning for engagements.

The unions stuck to their guns on Monday’s counter offer while company representatives took a lengthy caucus break to discuss its position.

Amcu general secretary Jeffrey Mphahlele, who attended Tuesday's meeting, said they were waiting on Sibanye-Stillwater as the unions' position has not changed.

"We are waiting to hear what Sibanye-Stillwater's position is," Mphahlele said.

Num spokesperson Livhuwani Mammburu said: "It's up to Sibanye-Stillwater. If they want the strike to end, they have a counter-offer we have put on the table to consider."

A counter-offer tabled by the two unions representing workers at the Sibanye-Stillwater gold mines was rejected on Monday evening as wage talks hit ...
News
2 months ago

It’s exactly a week since striking Sibanye-Stillwater workers took their grievances with their employer all the way to the highest-ranking office in ...
News
2 months ago

Another insider at the meeting said the unions were hoping Sibanye-Stillwater would reconsider its position.

"Sibanye-Stillwater representatives have taken a caucus break but the unions are where they were last night in terms of their position," the insider said.

The counter-offer would have seen workers receive a R800 increase in the first year, a R3,000 one-off payment and 5% increase for officials and artisans.

Sibanye-Stillwater had proposed a R700 increase, a R3,000 one-off payment and a 5% increase for officials and artisans, which was rejected by the unions on Monday.

The difference between what Sibanye-Stillwater is offering and what the unions are demanding is R100 per month and a 0.5% increase for other job categories in the second and third year.

The company and the workers have lost more than two months of operations and wages due to the wage increase dispute since mid-March. 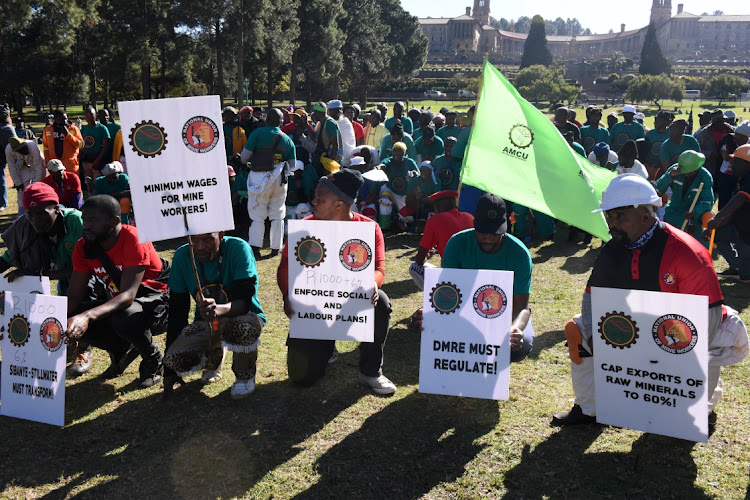 Sibanye Stillwater mine workers protest outside the Union Buildings in Pretoria where they have been camping for three weeks.
Image: Freddy Mavunda © Business Day
Next Article