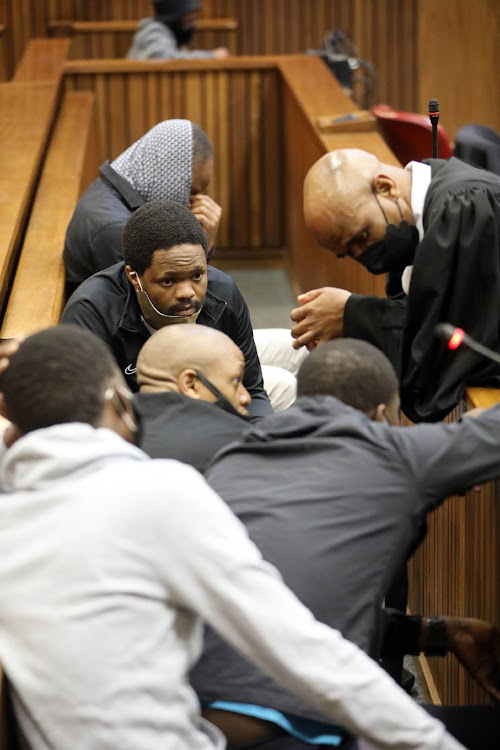 A Pretoria high court judge has ruled against Adv Malesela Teffo’s request for the production company that aired the Netflix documentary series on slain soccer star Senzo Meyiwa to be barred from filming the trial proceedings.

He said neither the state nor the defence provided evidence that the production company is not a media house or had interfered with the proceedings in any way.

The resumption of the highly anticipated Meyiwa trial began with drama, with Teffo, who is representing four accused in the trial requesting Ten10 Films not to be allowed to record the proceedings.

On April 7, Netflix aired a five-part documentary series titled Senzo꞉ Murder of a Soccer Star. The series unpacks theories around what happened the night former Bafana Bafana and Orlando Pirates captain Senzo Meyiwa was shot and killed in 2014.

The much-anticipated Senzo Meyiwa trial resumes in the Pretoria High Court today. The trial was postponed to 30 May 2022 after lawyer for the first four accused Adv Malisela Teffo raised concerns on 28 April 2022 about getting calls threatening him with arrest. @SowetanLIVE pic.twitter.com/0yXgKDVVXJ

Teffo said the airing of the documentary four days before the official start of the trial has “exposed his witnesses to harassment”.

“I was asked to watch the documentary by the witnesses for accused one to four. I did not want to watch it. I was convinced to watch it. My witnesses have complained to me that they have been exposed to serious threats, intimidation and harassment by the documentary. This production house should take their cameras and get out of here,’’ said Teffo.

Lawyer representing Ten Ten Films, Adv Ben Winks, was present in court and told the judge that he was not aware of the concerns raised by Teffo before the start of Monday’s proceedings.

Winks said Ten Ten Films had every right to film the trial proceedings because they are also part of the media.

“Documentary makers are members of the media. My client has not in any way interfered with the proceedings of this trial. There is no risk that has been posed by the documentary makers. We are being targeted and singled-out unfairly,’’ said Winks.

Shortly after Maumela’s ruling, the cross-examination of the state’s first witness Sgt Thabo Mosia continued. Teffo presented Mosia with a copy of his statement and asked him to read it for himself before he proceeds with his cross — examination.

As Mosia was about to read it, Maumela adjourned the proceedings to Tuesday.

The trial resumed after its last sitting on April 28 where Teffo was dramatically arrested after failing to appear in court on assault and trespassing charges. Meyiwa was killed at his then girlfriend Kelly Khumalo’s home in Vosloorus, on the East Rand, on October 26 2014.

They have pleaded not guilty to all the charges.

Advocate Gerrie Nel, who represents the Meyiwa family, said Maj-Gen Johan Ndlovu was not regarded as a crucial witness and there were several other ...
News
2 months ago

The advocate representing four of the five men accused of murdering Bafana Bafana player Senzo Meyiwa has written to the high court to make an urgent ...
News
3 months ago

"I actually didn't go to her house they said they left and they had taken Senzo to hospital, so I actually met them at the hospital," said Chicco.
News
3 months ago

DPP 'did not sanction' arrest of Malesela Teffo inside court

The Gauteng director of public prosecutions was not consulted and did not sanction the execution of a warrant of arrest for the lawyer representing ...
News
3 months ago
Next Article