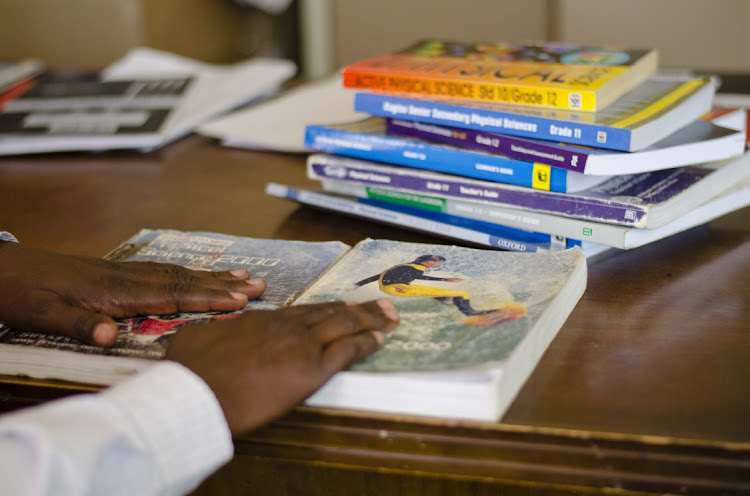 DD010422 TEXTBOOKS Three school children died in Heidelberg on Thursday after allegedly being poisoned by their father. A fourth child is in a critical condition while a fifth did not consume the drink. File photo.
Image: Franco Megannon

The father of three children who died after consuming “energy drinks” he had allegedly given them on Thursday was found unconscious at their home in Ratanda, near Heidelberg, said Gauteng police.

Brig Brenda Muridili said officers rushed to the home after the children collapsed and died at their schools. At the home they discovered the unconscious man.

He was rushed to hospital on Thursday where he is being kept under police guard.

“It is alleged he might be involved in the poisoning his children,” said Muridili.

Two of the children died at school shortly after consuming the drinks. The third died while on route to hospital. The man’s fourth child survived but remains in hospital.

He was  expected to visit the schools and the children’s family home on Friday.

Muridili said police were investigating a case of murder and attempted murder against the father.

Three siblings died on Thursday allegedly after being given energy drinks by their father.
News
1 month ago

Their father, a doctor, arrived home to find his daughters dead, and was heard screaming and crying, saying “Is this really happening?”
News
9 months ago

While her mother was in hospital for treatment, a toddler vanished.
News
1 year ago
Next Article