'I killed four children, including my sister's kids' 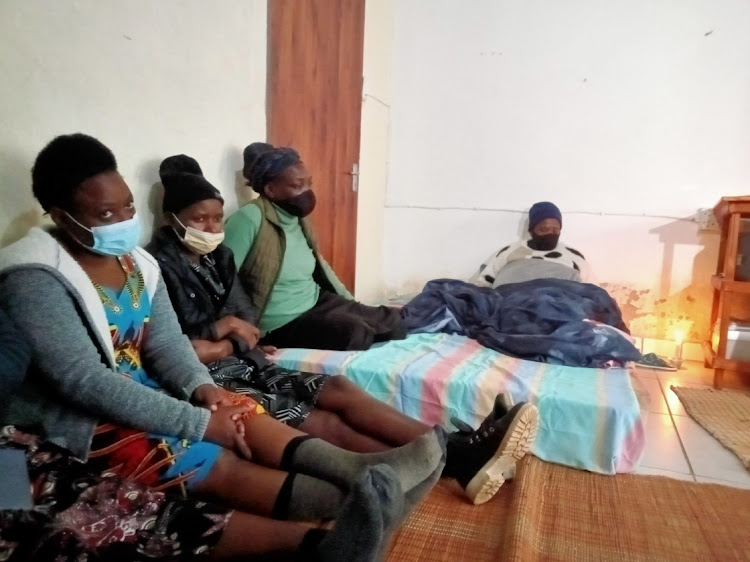 The girlfriend of a parolee arrested in connection with the disappearance of a six-year-old girl who was found dead at the weekend has told police that she was involved in the killings of four other children, including her two nieces.

This revelation came after her convicted murderer boyfriend Collen Hlongwane told police during his arrest on Friday that he was not the only one responsible for the disappearance of Bontle Zethu Ditebogo Mashiyane of Mganduzweni in Masoyi, near Hazyview, Mpumalanga.

Hlongwane is a serial violent offender who was released on parole twice — for attempted murder he committed in 2008 and a 2013 murder.

Hlongwane, who was arrested in Edwaleni, near White River, pointed out the woman and another neighbour, leading to their arrest and eventually the pointing out of where they had dumped Bontle's mutilated body near her home on Saturday, provincial police spokesperson Brig Selvy Mohlala told Sowetan.

His arrest blew the lid on child killings for muthi in Mganduzweni and surrounding areas.

The woman, who cannot be named until she appears in court, lived adjacent to Bontle's home.

The third suspect is a 25-year-old man who also lived on the same street as Bontle and the two Sifunda siblings — Silindile, 7, and Ntokozo, 6, who were killed in April 2019.

Bontle had been missing since April 30.

“We arrested Hlongwane, who denied killing the child but pointed us to his girlfriend and the girlfriend pointed us to the neighbour [aged 25]. They then all took us to where they dumped the body of the child and also gave us a name of a sangoma and another man.

“Now, the sangoma and the other man are in for questioning and we shall let the public know (about the status of the case) soon. Again, the girlfriend told us that she was involved in killing other four children from Hazyview and another area, including two of her sister's children,” said Mohlala.

In June 2019, Sowetan reported how the tragic death of the Sifunda siblings led to the killing of a local pastor and his nephew.

Pastor Bheki Malomane, 36, and his nephew Wonder Mbuyane, 24, were beaten and set alight by the community.

Their houses were also torched after a local traditional healer, who was consulted by the community, ruled that Malomane and Mbuyane were involved in the murders of the two little sisters.

Premier Refilwe Mtshweni-Tsipane said she was saddened that the mastermind in Bontle's murder is a woman.

“She (Bontle) used to go and play with their (accused woman) 10-year-old child. In fact, I stand here defeated that the mastermind behind the killing of the child is a woman. The person who was supposed to protect her is a woman who orchestrated her murder.

“I'm asking myself what was she thinking, [she] wake up everyday looking at this family and have been part and parcel of people who helped in searching for her. She didn't have the decency that she must come and confess so they find closure,” the premier said.

“This is not the first murder that was committed in this street. They have confessed to four murders of children... This (Bontle) is the fifth one, two of them are her (accused woman) sister's children.”

Angry about Hlongwane's early release on parole, Mtshweni-Tsipane said: “We are disappointed in the manner in which this Collen was released. We are going to take this (parole) up with the minister of justice [Ronald Lamola].

“You will understand that he once tried to escape and was given a warning. Looking at that, we need to tighten parole [laws].

“That's why we need to work together as government to avert these challenges where we are not speaking in one voice. The minister is someone sober and he will attend to this matter,” said Mtshweni-Tsipane.

Provincial police commissioner Lt-Gen Semakaleng Manamela said the community of Masoyi and Mganduzweni played an important role leading to the arrests of the accused.

"[The] three suspects between the ages of 25 and 48... Imagine as young as some are, they have guts to kill children. We are also having two suspects, including a sangoma, whom we have taken in for questioning and we shall communicate in due course if they are charged or not.

“We are linking these suspects to other crimes in the province,” said Manamela.

They are expected to appear in the KaBokweni magistrate's court today.

Bontle's aunt Sharon Mashiyane said: “In a way we can say we have found closure as we found the remains of Bontle even though it's not nice. These people are monsters and whoever they are working with needs to be  arrested.

“It's hard to know that one of the accused, actually a mastermind, is our neighbour. In our culture, we know that neighbours are like your parents but here we have someone going against our belief.”

The body of six-year-old Bontle Mashiyane who went missing in Mpumalanga more than three weeks ago has been found mutilated not far from her home.
News
2 months ago

A convicted murderer – out on parole and wanted in connection with the disappearance of a six-year-old girl – was previously set free after serving ...
News
3 months ago

Mpumalanga police believe Collen Hlongwane could help them find Bontle Zethu Ditebogo Mashiyane, who was last seen at about 11am on April 30 in ...
News
3 months ago
Next Article