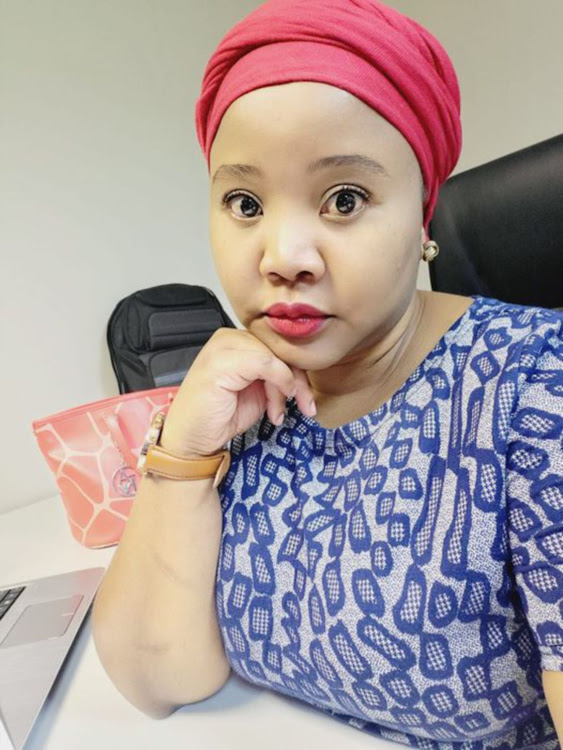 On April 21, Singwa Namhla Mtwa was shot and murdered inside her car by an unknown suspect when she arrived at her home in Sidwadwa, Mthatha.
Image: SUPPLIED

Mtwa was gunned down on her driveway in Mthatha in April as she arrived home from work.

Her sister, Sanga Nozintathu Mtwa, recently appealed on social media for justice for Namhla as no arrest had been made yet.

Sanga alleged her sister was in an abusive relationship with her long term partner of 17 years, and shared photos showing the violence she allegedly endured during the relationship on social media.

The provincial commissioner said a senior manager at the level of a brigadier is now overseeing the case, ensuring there is a regular engagement between the detectives and family members of the deceased to provide constant feedback on the ongoing investigation.

Mene has asked anyone with information to come forward.

“Members of the family and the public are therefore assured that Namhla’s case is in the hands of capable and professionally trained detectives. With the support and response demonstrated by the community and various formations in every corner of our province and outside its borders, we are optimistic that a breakthrough in this particular case will be made.

“An appeal is also made that whoever possesses critical information that will add value to the work of the investigating team and further lead to the arrest of the suspect, should please share it with the lead investigator,” Mene said.

An undocumented, short life: two-year-old Germiston toddler Chevonne Avril Rusch was dead on arrival at a clinic after suffering injuries to her body.
News
2 months ago

She reiterated her concerns about gender-based violence and femicide perpetrated against women and children in the province.

The SAPS expressed its appreciation to members of the public who, out of concern for issues relating to gender-based violence and femicide, approach the police with information.

“People are encouraged to continue sharing information with the SAPS to safeguard the investigation from potentially inaccurate information that may indirectly and inadvertently mislead the course of the ongoing and sensitive investigations.

“Anyone who may be able to assist in the investigation by sharing information that will lead to positive identification and arrest of the suspect is requested to please contact the lead investigating officer Brig Venetia Masingi at 082 040 6751 or call Crime Stop 08600 10111.”

Stellenbosch University said on Thursday it would suspend a student from residence after the alleged rape of a student on campus, pending the outcome ...
News
2 months ago

Meanwhile, the chairperson of parliament's portfolio committee on women, youth and persons with disabilities, Nonhlanhla Ncube-Ndaba, said she has noted the availability of evidence which is trending on social media platforms, and hoped it can lead to the arrest and successful prosecution of whoever killed Mtwa.

Ncube-Ndaba called on law enforcement agencies to act with speed on the available evidence to ensure that the perpetrator faces the might of the law.

“We are thanking those South Africans who have provided the evidence which is on social platforms and which has enough potential to lead to the arrest and prosecution. We are also calling on the people of OR Tambo District and Mthatha to continue with their moral support to the family as the family is still mourning the death of their daughter,” Ncube-Ndaba said in a statement.