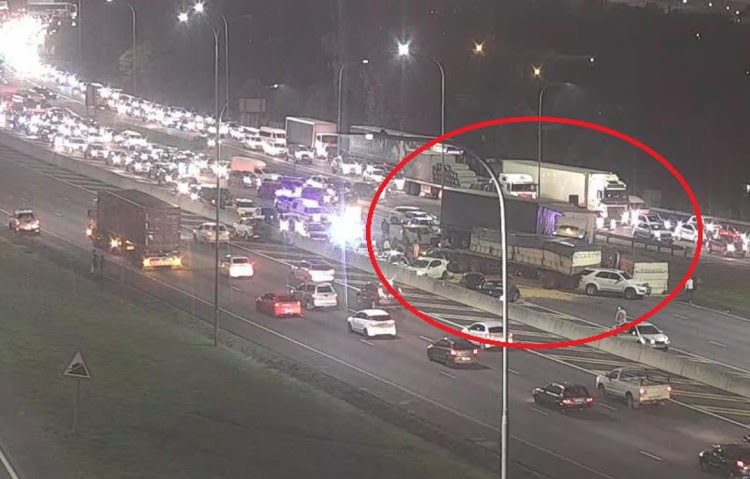 The scene on the N1 north of Cape Town after a truck jack-knifed on May 20 2022.
Image: Twitter/thevillageguy

Thousands of commuters who use the N1 to get into Cape Town faced a pre-dawn nightmare on Friday morning after a truck jack-knifed, causing a 13 vehicle pile-up.

While emergency services attended to injured motorists, traffic was diverted around the scene using the Plattekloof Road off-ramp.

The City of Cape Town traffic department initially said the N1 was closed.

Twenty minutes later, the diversion was set up, and a traffic spokesperson said: “The N1 is open and traffic is trickling past the scene. Motorists are advised to use Frans Conradie and Voortrekker roads as alternative routes.”

The spokesperson said the number of injured people was not yet clear.

“This is a dynamic scene. The full complement of the city’s emergency services are on scene,” he said.

Another accident closed two lanes of the N2 outbound between Robert Sobukwe and Airport Approach roads.

AfriForum said on Thursday it was filing court papers to review and set aside the requirement that driving licence cards must be renewed every five ...
News
3 months ago
Next Article