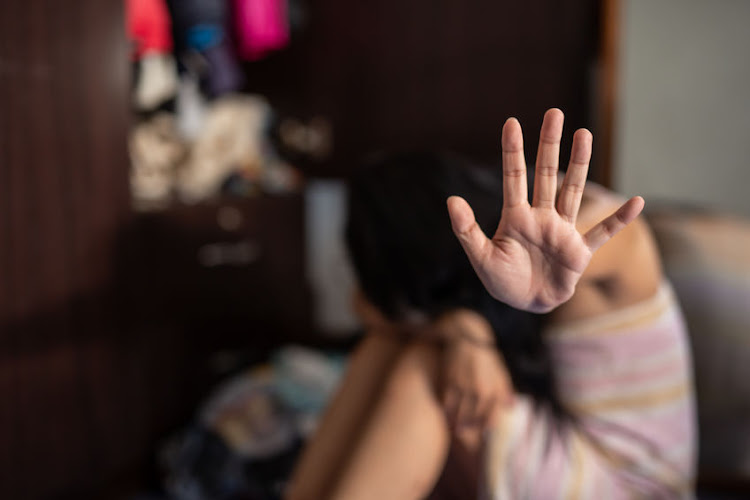 Incidents of alleged gender-based violence have been reported at universities and colleges in Cape Town, Stellenbosch and Limpopo. Stock photo.
Image: 123RF/Artit Oubkaew

Stellenbosch University (SU) said on Thursday it would suspend a student from residence after the alleged rape of a student on campus, pending the outcome of internal and criminal investigations.

The university said the alleged perpetrator was arrested on Wednesday.

“It must be noted that this is now a criminal matter and the law will now run its course,” it added.

The university — which is also investigating two allegedly racist incidents — said the victim was being cared for and was safe.

“She yesterday opened a case of rape against the perpetrator with SAPS, who accompanied her to the Stellenbosch provincial hospital, where she was examined and also received the necessary medication, care and primary counselling.

“The victim has not reported the incident to the SU Equality Unit yet, but she had been provided with information on the various ways that an incident can be reported internally. She will be assisted in this regard,” said the university.

“Human dignity must be and will continue to be a non-negotiable at Stellenbosch University that will be respected, upheld and restored when affected, regardless of the transgression and without fear of or favour to an alleged perpetrator,” she said.

In a separate incident the University of Cape Town (UCT), SRC accused management of failing to protect students at Roscommon House, an off-campus residence, where there have been protests against gender-based violence. Eleven students there were accused of being sexual offenders and homophobes.

“The GBV culture in Roscommon has been prolonged thus far due to the alienation of the residence from other UCT residences. It has been clear that the university leadership has continuously failed to protect and ensure the safety of students and survivors in the house,” said the SRC.

🚨: Students convene at Roscommon House were the alledged 11 prepatators were identified. pic.twitter.com/DwWghs9dRi

Noting an alleged sexual assault incident raised through a series of anonymous tweets, university spokesperson Elijah Moholola said an allegation of sexual misconduct was being investigated by the SAPS.

“Although no specific details have been provided, the university understands from some of the information shared through the tweets that this is in relation to an ongoing matter being jointly addressed by specific departments in government, in collaboration with UCT. The independent investigation must be allowed to conclude,” said Moholola.

He said the provincial health department was also probing the matter.

“The student has been offered support available at the university and referrals to relevant external organisations. The student is at liberty to choose not to use these services.”

Moholola said the alleged perpetrator was a joint staff member between the provincial health department and UCT — an arrangement governed by a bilateral agreement.

“UCT does not and has not paid any legal fees for anyone involved in this or any other legal case. UCT is not at liberty to discuss this further in the public domain but can state that the matter is being dealt with and reviewed by the relevant and appropriate independent investigation panels.”

In a third development, police in Namakgale outside Phalaborwa in Limpopo have launched a manhunt for two suspects who allegedly broke into rooms rented by TVET college students, robbed them at gunpoint and later raped one in the early hours of Wednesday, leaving them tied-up in the bush.

The students, aged 23 and 27, were reportedly asleep in a room just after midnight when they were allegedly awoken by the sound of a door being broken.

“Two men wearing face masks gained access to the room and demanded money and cellphones at gunpoint. After taking a cellphone, the suspects ordered the victims to accompany them to the nearest bushes where they allegedly started assaulting them, demanding money and more cellphones. One of the suspects went back to the room to take more items,” said Mojapelo.

Mojapelo said both suspects allegedly raped the 27-year-old victim, tied both victims up and left the scene.

The victims managed to untie themselves and on arrival in their room, discovered two cellphones, cash, identity documents, a Nike sports bag, red sports bag, jersey and blankets were missing.

The provincial commissioner of police Lt-Gen Thembi Hadebe has urged community members to assist the police in tracking down the suspects.

Stellenbosch University on Tuesday said it was probing yet another racial incident which occurred recently at the institution.
News
3 months ago

The racist incident involving a student urinating inside another student’s room at Stellenbosch University needs to be discussed by the university ...
News
3 months ago

The SA Human Rights Commission has confirmed it will investigate Theuns du Toit for violating a fellow student’s rights when he urinated on his ...
News
3 months ago
Next Article