Snow, rain and wind on the cards for the next few days 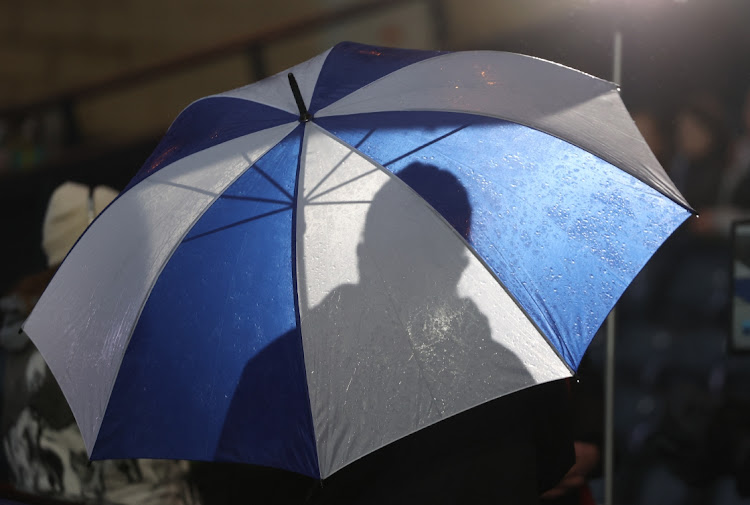 Rain, snow and wind is on the cards for later this week, says the SA Weather Service.
Image: RUSSELL CHEYNE/Reuters

The SA Weather Service on Tuesday said most of country should brace itself for cold weather from Thursday to Saturday.

Snow, rain and wind is predicted.

“A steep upper-air trough system will develop into a cut-off low pressure system over the northwestern interior of the country by Friday. Widespread rainfall can be expected over the southern and central parts of the country from Thursday onwards, with light snowfalls likely over the mountainous, high-lying areas of the Western and Eastern Cape, spreading to the Lesotho Drakensberg regions by the weekend, where heavier falls are anticipated. Light snowfalls can also be expected over the high-lying ground of southeastern and eastern Free State,” the weather bureau said.

The drought-stricken Eastern Cape province would get some much-needed rain: about 25mm-35mm could be expected in a 24-hour cycle.

“Moreover, there is the possibility of isolated severe storms, accompanied by strong winds and large amounts of small hail over the central and eastern interior. SAWS will issue detailed radar-based warnings in this regard, should the need arise,” it said.

The weather forecaster said the cold front would move over the southwest coast of the Western Cape by Wednesday afternoon, with rain spreading along the south coast and adjacent interior in the evening.

“A yellow level 2 warning for disruptive rainfall, resulting in localised flooding of susceptible roads and bridges as well as flooding in informal settlements, can therefore be expected in the aforementioned areas, spreading to the central and southeastern parts of the Eastern Cape during Thursday.”

The death toll in the KwaZulu-Natal flood disaster has risen to 395.
News
2 months ago

“Heavier snowfall of 10 to 20cm can be expected over the north-eastern high ground of the Eastern Cape, the Drakensberg region of KwaZulu-Natal and the Lesotho mountains from Friday evening into Saturday morning.”

On Friday, Gauteng, Mpumalanga and KwaZulu-Natal were expected to receive thunderstorms and strong winds.

These weather conditions were expected to hit Limpopo on Saturday.

“Warnings in this regard will be issued if necessary. Due to the pre-existing condition of water-saturated soils in parts of KwaZulu-Natal, rainfall amounts exceeding 20mm are likely to lead to localised flooding. It is therefore important for communities to take the necessary precautions to prepare for such conditions.

“Bitterly cold conditions are expected to move in over the western and southern parts of the country during Thursday, spreading to the central and eastern parts by Friday and Saturday. Maximum temperatures are not expected to exceed 14°C over the interior of the country, with maximum temperatures barely able to reach 8°C over the high-lying areas of the Eastern Cape, the southwestern high ground of KwaZulu-Natal and the southeastern and extreme southern Free State during Friday and Saturday.”

The weather bureau warned small-stock farmers to take the necessary precautions for their livestock.

On Sunday, rain is expected to continue over the eastern parts of Limpopo and Mpumalanga and the northern parts of KwaZulu-Natal.

“The public can look forward to a general clearing of the weather as well as a recovery in daytime temperatures from Monday onwards as the system exits the country,” the service said.

At least 45 dead and figure set to rise after devastating KZN floods: MEC

At least 45 people have lost their lives during devastating rains that have battered KwaZulu-Natal, leaving destruction in their wake since Sunday.
News
2 months ago

Prayers for KZN after heavy rain causes flooding and destruction

The rain has resulted in school closures, damage to infrastructure, car accidents and deaths.
News
2 months ago

The army has been called in to provide support to disaster management teams in KwaZulu-Natal who have been working since Monday to help residents ...
News
2 months ago
Next Article