Police training base being monitored after reports of 'horrific conditions' 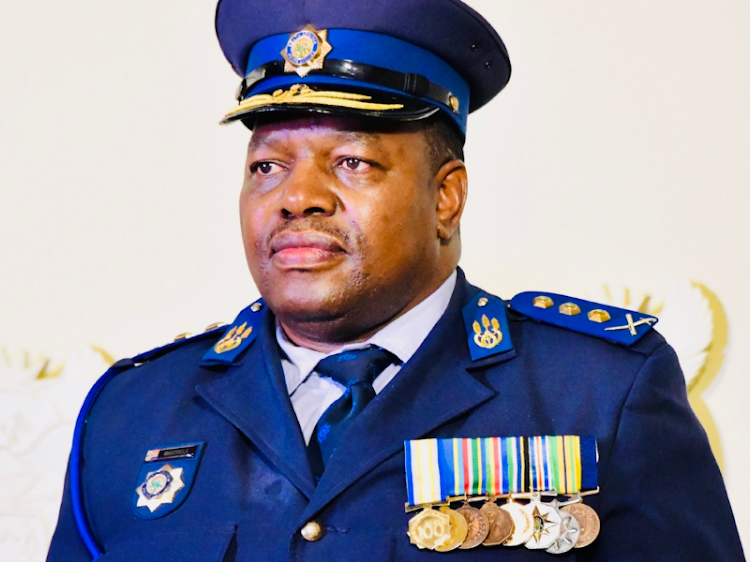 SA Police Service trainees were given loaves of bread to compensate for a lack of food, endured cold showers and slept without blankets, pillows or mattresses at a military base in Kimberley.

While police management have since remedied the situation, Masemola provided an in-depth response on the conditions.

He said during the state of the nation address, President Cyril Ramaphosa announced that 12,000 additional SAPS members would be recruited and trained to ensure that the police urgently got the capacity it needed.

“The SAPS has never dealt with a project of this magnitude, as it resulted in 10,000 police trainees undergoing training simultaneously, from April 1 to December 15 2022.

The capacity of the SAPS academies, where the Basic Police Development Learning Programme (BPDLP) can be presented to new police recruits, stands at 7,000.

“This resulted in a deficit of 3,000 trainees, out of the targeted 10,000 new police recruits, who could not be accommodated, if only the SAPS academies were utilised.

A number of pre-visits were conducted by the SAPS and SANDF project teams before the start of training and after the arrival of the trainees.

“The trainers were called up to various training facilities on April 1 2022, which included the SANDF's 3 SA Infantry (SAI) base in Kimberley. On arrival of both trainers and trainees, the SAPS received multiple complaints from organised labour unions, media houses and concerned groups, which required the intervention of both the SAPS and SANDF management,” said Masemola.

Trainees who did not receive the prescribed food rations were given loaves of bread to compensate for the lack of food. This was not in line with the dietary menu of SAPS and the Implementation Protocol which was signed between the SAPS and the SANDF

On the arrival of the trainees, the kitchen did not serve all trainees with the required food rations.

“Meals for the trainees were not in accordance with the SAPS' prescribed menu that is utilised in all of the SAPS academies. The SAPS' menu for BPDLP was provided by a nutritionist, taking into consideration the activity level and total daily energy consumption a trainee undergoes, during the BPDLP. The SANDF was utilising their own menu and trainees were not receiving the same portion sizes and some did not receive all the rations served.

“The preparation and serving of meals, for the 3,000 trainees, was delaying and hampering the time slots for presenting the BPDLP. Trainees were standing in queues for a long time to be served and eventually not all learners received the correct meals, due to a shortage of food.

“Trainees who did not receive the prescribed food rations were given loaves of bread to compensate for the lack of food. This was not in line with the dietary menu of SAPS and the Implementation Protocol, which was signed between the SAPS and the SANDF.”

Spending the first 48 hours with no food, then enduring a week of suspected food poisoning, cold showers, sharing single mattresses, receiving no medical attention and even being threatened at gunpoint by a junior official. These were just some of the disturbing experiences a group of police trainees said they suffered during a hellish week at a military base in Kimberley. Read more: https://bit.ly/3rg3cLx

During an inspection, it was found that meals for 3,000 trainees were not being prepared in suitably-sized pots and there was a lack of adherence to the Occupational Health and Safety Act (Ohasa) requirements, which created a challenge related to the serving of meals and the provisioning of adequate portions to the trainees.

“It was further identified that the SANDF did not have enough relevant equipment to prepare meals for 3,000 trainees, in accordance to the Ohasa requirements. There were not enough serving stations to ensure the smooth running of the serving of meals and, therefore, the set serving time of 45 minutes to one hour was not adhered to.

“The shortage of dinnerware and cutlery also contributed to delays. This in turn contributed to the delay in the starting time of the classes,” said Masemola.

The ablution blocks needed repair and maintenance as there were blockages, leakages and a lack of hot water.

“There were challenges related to ironing areas, curtains and shower heads. Not all trainees were allocated two sets of blankets and there was a shortage of mattresses and pillows when they arrived.

“Accommodation for trainers, who were staying at the 10 Anti-Aircraft Regiment had challenges, which needed urgent attention. These included insufficient ablution facilities and lack of sanitary services. There was also not enough space for trainers to prepare for lessons to be presented to the trainees.”

Masemola explained that the SAPS had since purchased six 350l electric pots, for large-scale cooking.

“This intervention alleviated the constraints with regard to the preparation of meals and adequate cooking equipment. The SANDF started to serve the SAPS menu, as directed by the appointed nutritionist. The SANDF and SAPS teams are continuously working together to monitor and address some issues related to the ordering of food, the serving of correct portion sizes to trainees and the provisioning of sufficient food rations to trainees.

Although the rate of addressing defects is still not satisfactory, the management of the SANDF is attending to the defects

“In addition, the SANDF handed over the management of the kitchen and the mess to the SAPS, in terms of the Implementation Protocol, for the duration of the BPDLP. This will assist in addressing the initial challenges that were experienced.”

The SAPS also bought 10 mobile, two-sided serving stations, which allows the trainees to be served their meals from 20 serving points, compared to only two serving stations that previously existed.

“As a result, the time taken to queue for meals has improved, to an average of between 45 minutes and 60 minutes. The food is kept on warmers in the 10 mobile serving stations during meal times. The SAPS also bought one large mobile refrigerator, to ensure liquid refreshments are kept cool,” said Masemola.

“Day-to-day maintenance reports are monitored by SAPS and the defects are attended to by the SANDF. Although the rate of addressing defects is still not satisfactory, the management of the SANDF is attending to the defects.”

The trainers, who were living at 10 Anti-Aircraft Regiment, were relocated to a private venue on April 22.

“The SAPS and the SANDF are continuously monitoring and improving the living conditions of the SAPS trainees at the 3 SAI SANDF base.”

Paralegal graduate wants to teach farm workers about their rights

After serving in the army for 32 years, new law graduate Lethusang Matladi, 55, intends to swap his camouflage uniform for a black robe to help his ...
SebenzaLIVE
3 months ago

In a letter seen by TimesLIVE, AfriForum private prosecutor Gerrie Nel has lodged a complaint with the office of the North West commissioner, ...
News
3 months ago
Next Article