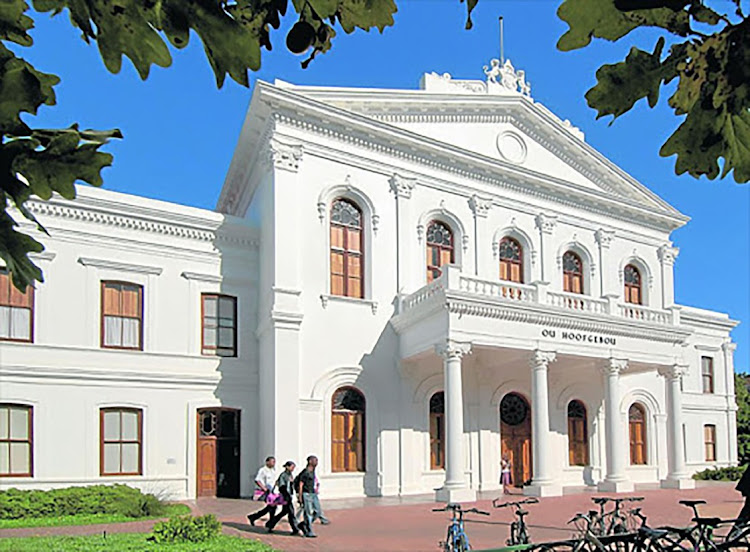 A white student who was seen on camera allegedly urinating on a black student's belongings at Stellenbosch University has been suspended pending an investigation.

The video that went viral on social media shows the white student urinating on the desk while someone asks, “why are you peeing in my room?”

So this the racism we will be sending our kids to

It is said White kids at Stellenbosch University can just come pee in your room anytime because you're black pic.twitter.com/jZhddRjnKU

“The university strongly condemns the destructive, hurtful and racist incident that was captured on a cellphone video in the Huis Marais residence on the Stellenbosch University campus in the early hours of Sunday morning.

“The alleged perpetrator was suspended from the university today. A further swift but detailed investigation will determine the final outcomes. Expulsion and/or criminal charges are not excluded from the possible available options, based on the investigation’s findings,” he said.

“He is still trying to process what happened and was offered counselling. He will be supported as and when required to ensure his academic progress is not affected by the incident.”

“The Huis Marais house committee is committed to transformation. Our quick and decisive response to the matter at hand should demonstrate our commitment to all people of this country.

“They also called a house meeting to ensure that the whole house understands the situation and what needs to continue to change to prevent a repeat of any similar action,” said Makhetha.

“We acted swiftly and decisively to uphold our commitment to a culture inclusivity. What happened at Huis Marais is not acceptable. No student has the right to diminish another student’s human dignity or rights in this way,” he said.

Cricket SA (CSA) has confirmed that Mark Boucher will continue as coach of the Proteas until the end of his contract after the 2023 World Cup after ...
Sport
3 months ago