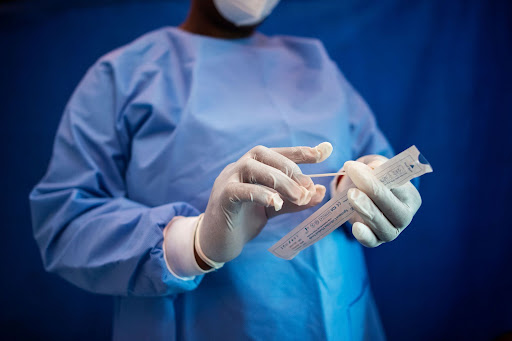 A case of Llasa fever was confirmed in a man from KwaZulu-Natal last week. The man had extensive travel history in Nigeria before returning to SA. File photo.
Image: Bloomberg

The National Institute for Communicable Diseases (NICD) recently reported a case of Lassa fever diagnosed in a man from KwaZulu-Natal who had returned from Nigeria.

The institute said it was tracing all possible contacts after he succumbed to the infection at a hospital in Pietermaritzburg.

The institute said a case of Lassa fever was diagnosed in 2007 in a Nigerian national who had travelled extensively in rural parts of the country before his diagnosis and treatment in SA.

Here’s what you should know about Lassa fever:

How do people become infected?

According to the World Health Organisation (WHO), Lassa fever is caused by exposure to household items contaminated with urine or faeces of infected Mastomys rats.

Where is it most endemic?

According to the organisation, the infection is endemic in Benin, Ghana, Guinea, Liberia, Mali, Sierra Leone, Togo and Nigeria, “but probably exists in other west African countries as well”.

Is there a vaccine?

"It has been shown to be most effective when given early in the course of the illness. Patients should also receive supportive care consisting of maintenance of appropriate fluid and electrolyte balance, oxygenation and blood pressure, as well as treatment of any other complicating infections," it said.

Can it be transmitted between humans?

It can be spread between people in infected areas. The WHO said human-to-human infection can happen in hospitals among professionals dealing with infected patients if they don’t have adequate infection prevention and control measures.

What symptoms should people look out for?

The organisation said about 80% of people who become infected with Lassa fever do not show any symptoms, with only one in five infections resulting in severe disease affecting organs such as the liver, spleen and kidneys.