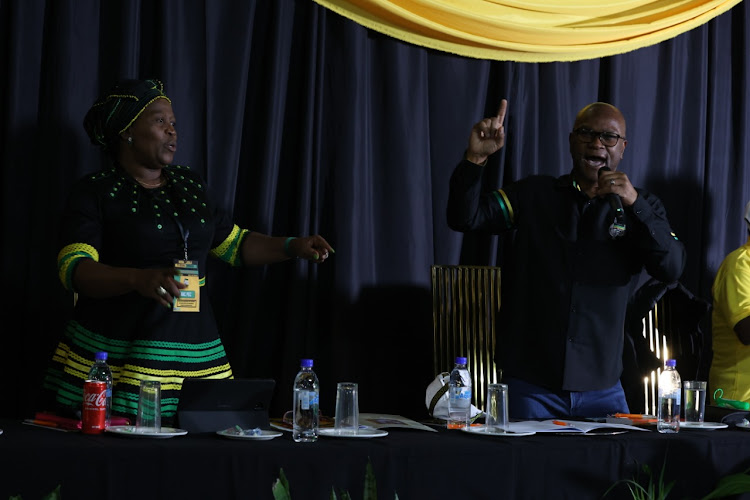 Newly elected  ANC leaders of Musa Dladla region in KwaZulu-Natal have an immediate task - deal with how to win back lost ground from IFP.

In the early hours of Sunday morning - Musa Cebekhulu was announced as regional chairperson. Phiwe Mhlongo won the position of deputy, Madanga Xulu is the regional secretary while Babhekile Mthembu won deputy secretary. The treasurer is Smanga Mgenge.

The ANC’s loss of King Cetshwayo district municipality in the past local government elections has became such an albatross on outgoing ANC chairperson’s neck, Mduduzi Mhlongo.

Mhlongo - who held the position of chairperson until the structure he led expired - lost his bid for re-election.

This time, he was being contested by his former deputy Thamebeka Mchunu and someone considered his replacement in his original slate Cebekhulu who eventually won.

Delegates who spoke to TimesLIVE ahead of the conference said the ANC had lost King Cetshwayo district municipality and has therefore lost confidence in Mhlongo to lead the region, a stark contrast to the ANC’s usual collective responsibility stance.

Mbombela politician Philemon Lukhule, who is one of three men accused of the murder of Hillary Gardee, has been dealt another financial blow.
News
1 week ago

The region is home to some of the most prominent names in the ANC including former President Jacob Zuma, NEC members Nathi Mthethwa and Senzo Mchunu - including former Youth League secretary Njabulo Nzuza.

It is also of significance for the upcoming provincial conference as it carries the third largest delegation after eThekwini and Mzala Nxumalo.

During the opening speech, provincial executive of the ANC in KZN, Bongi Sithole-Moloi said the will of the people (delegates) in the conference must prevail.

“Those that will pass through the proverbial eye of the needle - when we identify the leadership of our movement, we want to see comrades who join the movement without looking into personal gains but who will defend our democratic gains, principles and curb factionalism,” she said.

"The stance of moral leadership that had shaped the ANC through my youth was gone," said Trevor Manuel.
News
1 week ago

Like any ANC conference - differences were palatable when delegates sang for their preferred candidates however Sithole-Moloi said while it's okay to have different views before conference, after conference theirs is to work with those who won.

“The trust deficit between voters and the ANC is what we must answer - we must reflect on that and stop pointing fingers.

“Our challenge is to unite the people here and the ANC and to be a strong opposition and that is why we are a party that leads with democracy.

“I implore you to look at what you can do better now as opposition so that you can regain this district - not lay blame because we all have a role in what happened,” she added.