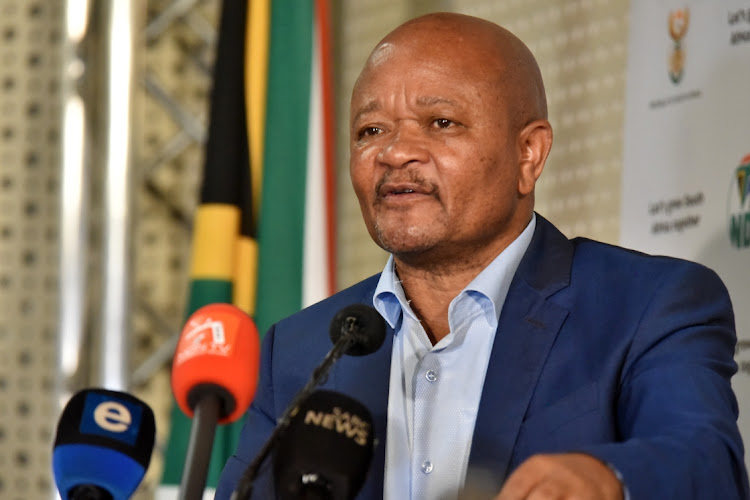 Minister of water and sanitation Senzo Mchunu has hit back at the EFF’s criticism of his R110bn budget for the 2022/2023 financial year. File photo.
Image: Freddy Mavunda

Minister of water and sanitation Senzo Mchunu hit back at the EFF’s criticism and rejection of his more than R110bn budget for the 2022/2023 financial year on Friday.

Presenting his maiden budget speech, Mchunu committed to managing the budget effectively, doing away with corruption and maladministration in all the entities in his department.

The EFF’s Mathibe Mohlala, however, rejected the budget and pointed to the national water and sanitation master plan showing that more than 5.3-million households do not have access to clean water services, saying a water crisis was looming.

“Your own water and sanitation master plan shows a growing gap between water supply and water demand in the country and estimates that if no significant investments are made to beef up water infrastructure and promote conservation of water services, demand will increase by more than 17% in 2030,” she said.

Unfortunately, minister, your ANC government has dropped the ball and is not living up to the slogan that 'water is life and sanitation is dignity'. South Africans continue to suffer without water, not because of drought but because of corruption and mismanagement by this ANC government

“The department is fiddling while the country is on the precipice of a water disaster. Without a bold plan to avert this water shortage disaster, the country will face a water crisis worse than the electricity disaster we are currently facing.”

Mchunu responded: “What makes the difference between the ANC and opposition parties like the EFF? It is that delivery of water to municipalities require budgets not slogans.

“It is regrettable that they reject the budget, yet point at challenges of water which require [a] budget. We are, however, wide awake to everything that everybody is complaining about — corruption, inefficiency — we agree that these must go.”

DA MP Leonard Basson questioned the quality of drinking water and called for Mchunu to introduce harsh penalties for those polluting water.

“Minister, we must now implement a 'polluter must pay' principle. SA’s water infrastructure is at risk of failure.”

Basson lauded strides made by Mchunu, though they were under the ANC-led government.

“You have your work cut out for you — but unfortunately, minister, your ANC government has dropped the ball and is not living up to the slogan that 'water is life and sanitation is dignity'. South Africans continue to suffer without water, not because of drought but because of corruption and mismanagement by this ANC government.”

The IFP expressed similar concerns as the EFF, slamming “half-baked” solutions proposed by Mchunu in response to the floods which ravaged parts of KwaZulu-Natal and the Eastern Cape.

“The IFP has over the years been bringing the importance of water and infrastructure to the attention of this house and to the department. Now that we are forced into a crisis, we have to accept any half-baked ideas of how to fix and repair our infrastructure,” she said.

Mchunu admitted that water boards — whose function is to support municipalities by providing, managing and operating regional bulk water services infrastructure — grappled with challenges in the past, which his department would tackle head-on.

“We would like to emphasise that we are committed to ensuring that our water boards are better governed in future. This starts with the appointment of appropriately qualified, skilled and experienced people as board members and CEOs. We have started to implement changes in this regard. For example, we recently dissolved the Amatola Water board due to governance problems,” he said.

He was confident water boards had the potential to become financially sustainable and to achieve efficiencies and economies of scale. He also promised to deal with corruption.

“We are up to fighting corruption with all our engines. We will spare no efforts in doing this and we will succeed. It is for this reason that we have concentrated on appointing responsible people who will be able to account to the ministry at all times.”

Durban beaches remain closed on Thursday due to the high levels of E coli in the water.
News
4 days ago

Learning was disrupted at Thubelihle High school in Jabavu, Soweto, on Thursday morning after parents shut the school, demanding that the Gauteng ...
News
4 days ago
Next Article