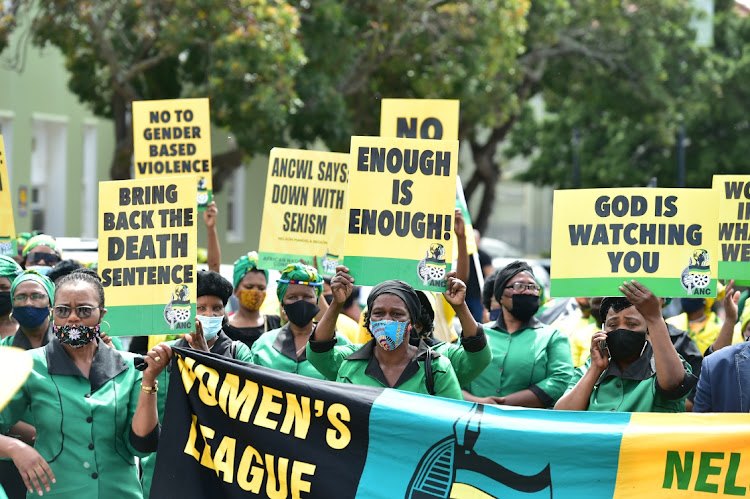 The pupil told police she had been attacked by the man while he was out on bail. File photo.
Image: Eugene Coetzee

The ANC Women’s League (ANCWL) in KwaZulu-Natal has criticised police after the murder of an 18-year-old pupil at a school in Ndwedwe, north of Durban.

ANCWL provincial secretary Nonhlanhla Gabela believes the pupil’s jilted boyfriend would not have allegedly fatally stabbed her if police had swiftly responded to her reporting that he attacked her while out on bail for allegedly raping her.

“She was raised by her grandmother after losing her parents some years ago. The deceased had previously opened a rape case against the accused, who was released on bail and later forced her to withdraw the case. Before her brutal murder, she had gone back to the local police community service centre to report that the suspect assaulted her and repeatedly raped her one night, forcing her to withdraw the previous case.

The ANC’s highest decision-making body has shut the door on the possibility of Bathabile Dlamini leading a task team that will take the women’s ...
News
3 weeks ago

“It is disheartening that the accused had been granted bail before allegedly committing such a horrific murder. This is a sad reminder of the threat many women face daily as rapists are given bail by the courts. This man disregarded the law and continued to threaten the young woman to the extent that he kidnapped her, assaulted her and raped her the entire night, demanding she withdraw the first rape case.

“We believe her death could have been avoided. Clearly this cowardly man had an obvious intent to abuse and kill this young woman. He had the audacity to walk into school premises and fatally stab the young woman. That leaves many  questions about the safety of children in schools and why the school gates were opened to an outsider,” said Gabela.

The ANCWL leadership paid a visit to the grandmother’s homestead.

“The information given to us was absolutely horrible. We have no words to describe how incredibly insane this is, especially in the rural communities. It seems everyone was aware of the constant abuse but couldn’t stop the abuser,” said Gabela.