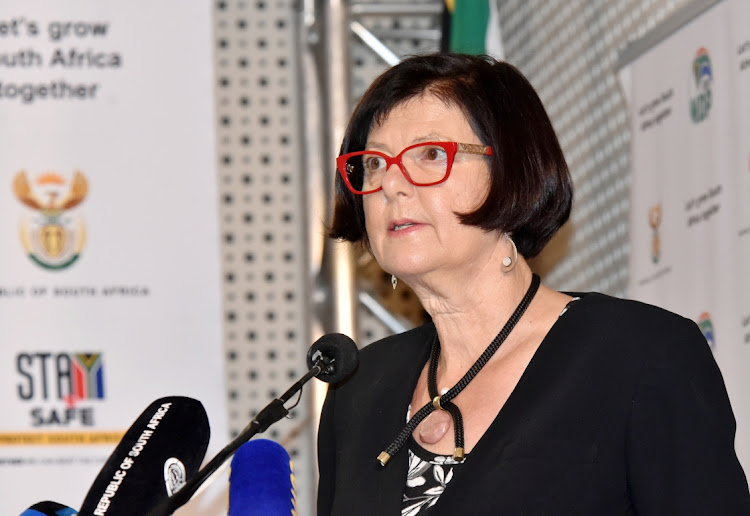 Minister of Forestry, Fisheries and the Environment Barbara Creecy said SA, which has set up a task team to advise President Cyril Ramaphosa and his cabinet on the offer, was still looking at the terms.
Image: Freddy Mavunda

The United States, Britain, France, Germany and the European Union pledged the funding during the COP26 climate conference in Glasgow, Scotland, last November. SA is the world's 12th biggest emitter of climate-warming gases and a major coal producer and user.

Pressed by lawmakers over delays in obtaining the funding during a virtual parliamentary briefing, Creecy said SA, which has set up a task team to advise President Cyril Ramaphosa and his cabinet on the offer, was still looking at the terms.

“I am not negative about the opportunities that this money presents, but I am realistic that we have to look at it properly and we shouldn't rush when looking at it properly. There is a lot of scepticism out there that it's only loan financing, that it's going to worsen our sovereign debt situation.”

SA's chief negotiator at COP26, Maesela Kekana, told the same briefing that negotiations were still being held with the Western nations.

Creecy said SA was also considering the impact of the shift from coal on unemployment and poverty.

About 93,000 people were employed in SA's coal mines in 2021, according to industry body the Minerals Council.

“We've got to ensure that by introducing green technology into the economy, we're not just changing technology, we're also dealing with some of the abiding constraints of inequality, unemployment and poverty that confront our economy,” Creecy said.

SA’s disaster management policies must be based on science

Changing environmental and climatic changes require a rethink of existing risk and vulnerability management plans and strategies to circumvent ...
Opinion
3 months ago

Political parties presented a united front during the special joint sitting of the National Council of Provinces and the National Assembly as they ...
News
3 months ago

All hands on deck, says Dlamini-Zuma after SA’s 'worst' floods

The recent devastating floods in parts of KwaZulu-Natal and the Eastern Cape are the “worst we have seen in living memory”, Cogta minister Nkosazana ...
News
3 months ago
Next Article