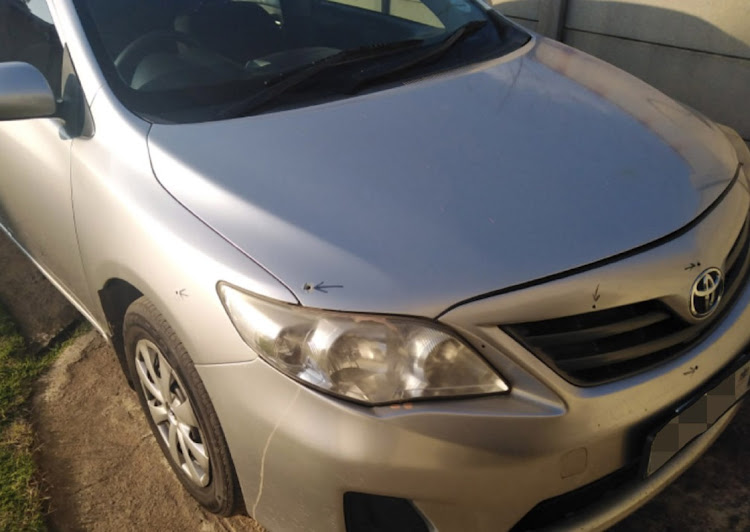 The family of Sowetan veteran photographer Veli Nhlapo is still shaken and frightened after unknown gunmen fired 18 shots at the car in which they were travelling.

Nhlapo, 61, was driving from Soweto with his family to his home in Roodepoort, on Saturday when they were suddenly shot at by occupants of a SUV about three streets from their home. Nhlapo was with his daughter, 39, granddaughter, 14, and grandson, 5, in his vehicle.

His granddaughter was seated in the front seat while his daughter was in the back with his grandson.

“I was thinking, 'we are dead.' I do not know why they were shooting at us,” said Nhlapo.

The SUV overtook them before stopping in front of his car. “I stopped my vehicle. Two men came out of the SUV carrying guns. I remained calm and just waited to see what would happen next. I had already surrendered with my hands raised while seated in the car. They asked me if I had a gun. I told them I do not have one. They searched me and then left. They did not take anything from us,” said Nhlapo.

Western Cape police have confirmed that the 32-year-old Sea Point police constable who was seriously wounded in a shooting on Saturday at the New ...
News
2 weeks ago

Roodepoort police station commander Brig Irene Sekwakwa said the motive for the shooting was unknown and that nobody sustained any injuries.

“At the corner of Vryborger and Oranje streets, the victim was driving towards his house… They heard gunshots from around his vehicle. He stopped his car and saw a white SUV, registration number unknown. Two unknown African males alighted from the left-hand side and walked towards his vehicle carrying rifles, and had stopped shooting.

"The suspects asked the driver if he had a firearm and they searched him and took nothing, and they left," said Sekwakwa.

Nhlapo said he was struggling to sleep at night because of the trauma.

“My granddaughter is struggling too. I took her to school today [Monday] and the school said it will get its social workers to assess her. I did not take my grandson to the crèche because I want to see how he is coping. Currently, he is fine and playing around the house. My daughter is still frightened. Every time she hears a sound, she panics,” he said.

Police are investigating an attempted murder case. There have been no arrests yet.