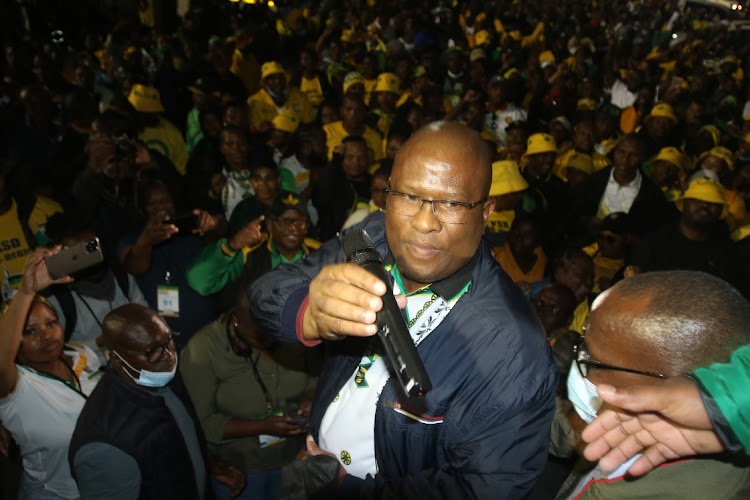 Throwing his weight behind ANC president Ramaphosa to run for a second term, Oscar Mabuyane who is hoping to get a second term as Eastern Cape chairperson, said Ramaphosa was the only leader who had shown willingness to renew the ANC.

“Prior to him, people were not willing to touch anything that’s why ANC had been on a downward trend.

Mabuyane who is facing tough competition from his former ally Babalo Madikizela as in the provincial conference, said prior to Ramaphosa, the ANC was suffering from a trust deficit which was evident in the polls.

“So he’s done a great job under very difficult circumstances. It’s unfortunate he’s leading during this time because surely had he led a few years ago, we would’ve been far from where we are.

“If you look at how business and investors are responding, it shows across the globe investors are willing to come and it shows trust and also that there’s a way to turn things in the socio-economic issues of our country.

“He’s leading the ANC, an ANC that was trapped in a factionalised environment,” Mabuyane said.

Following Mabuyane’s own election as provincial chair in 2017 during the festival of chairs alongside Madikizela who was elected provincial treasurer at the very same conference, since then, the two were implicated in a report by public protector Busisiwe Mkhwebane. The report alleges misappropriation of funds for the memorial service of struggle stalwart Winnie Madikizela-Mandela in the Mbizana municipality.

Those implicated in the report were alleged to have siphoned off R3m. Mkhwebane found Mabuyane personally benefited R450,000, Madikizela R350, 000 and the ANC in the province R280, 000 with assistance of businessman Loyiso Bam.

Bam was the whistleblower that revealed all the looting that had been taking place.

Speaking on why he believed her deserved another term despite his own leadership being questioned due to corruption scandals and the serious allegations by Mkhwebane, Mabuyane said the allegations were “pathetic”.

“We knew very well when we stood up in 2017 what will follow us. We’re not surprised by all these issues.

“These are pathetic allegations. I’ve been subjected to this for the last four years,” he said.

Mabuyane said his collective had done well from where he was standing.

“Yes, I can’t be here forever, I’ve been here for 12 years. It’s correct to say you can’t be a demagogue. The ANC is bigger than us.

“I’m very much willing to accept whatever outcome. I grew up in the ANC and I’ve never come with emotions or put things into heart. Whatever the outcome, I’ll support it, continue working with them and continue being a member of the ANC,” he said.

Mlibo Qoboshiyane not fazed by opponents' fanfare, says his campaign was 'organic'

“I don’t have money [for vote buying],” said Eastern Cape ANC chairperson hopeful Oscar Mabuyane in response to allegations of vote buying before ...
News
1 month ago
Next Article