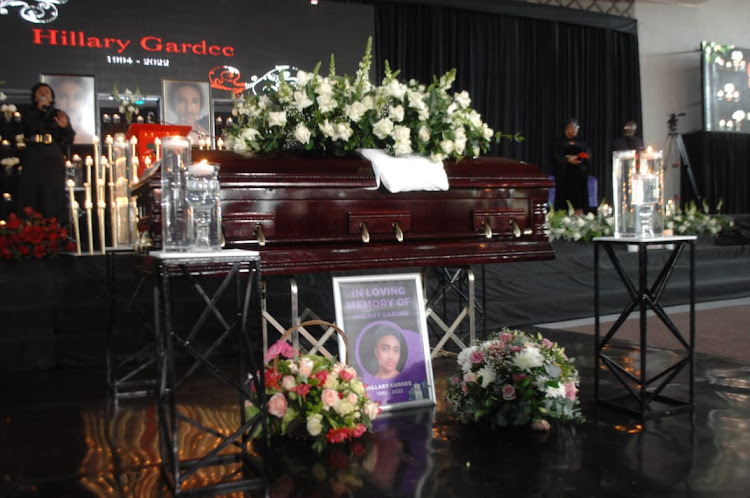 Hillary Gardee's coffin in the Church on the Hill in Kamagugu, outside Mbombela, during her funeral on May 7 2022..
Image: Ziphozonke Lushaba

“She was a warrior. She was a fierce woman. She wouldn't want us to sit here and be sad. Let's pick up Hillary's spear and carry on.”

These were the words of EFF chairperson Veronica Mente as she directed the funeral programme of Hillary Gardee on Saturday.

“We need to be strong and stay positive that we will win this fight against gender-based violence,” she told mourners who were saying farewell to the slain 28-year-old daughter of former EFF secretary-general Godrich Gardee.

The funeral was held at Church on the Hill in Kamagugu, outside Mbombela, not far from the house Godrich bought for Gardee, 28, and her brother, Noble.

Gardee's body was found in a field outside Mbombela on Tuesday, four days after she disappeared. She had been murdered. A 39-year-old man who was arrested on Friday in connection with the murder is due to appear in the Nelspruit magistrate's court on Monday.

Welcoming guests to the funeral, a family member said less than four years ago they  gathered at the same venue for the funeral of Hillary's mother, Nnenna Chinyere née Amonyeze. 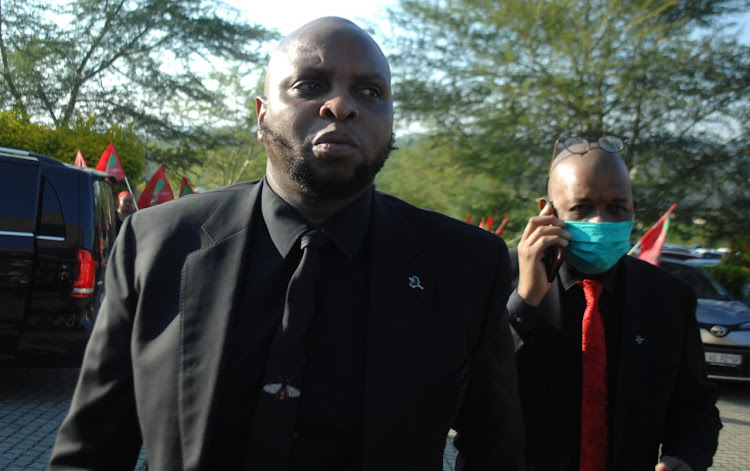 “Never in our wildest dreams did we ever think that we would be here so soon for the funeral of our daughter,” she said.

Church member Norah Fakude said most of the congregation there were elderly.  “We saw her as our grandchild. She and her brother Noble were all-rounders in the church. They prepared anything for us,” she said. 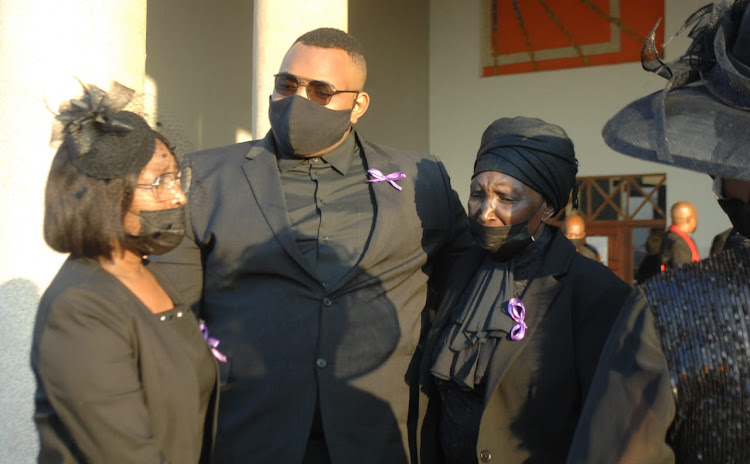 Hillary Gardee's brother, Noble, with relatives at his sister's funeral in Mbombela on May 7 2022.
Image: Ziphozonke Lushaba

Fakude also related how Gardee encouraged her to buy a tablet and stop using paper to  prepare her sermons. “She made sure that I buy the tablet and also patiently taught me how to use it,” she said.

Gardee also taught children in the church Sunday school. “She saw that there is no teacher and just took over,” Fakude said, adding that young people at the church elected Gardee as their president.

“This is a title that never existed, but they created it for her.”

Fakude said she appreciated seeing ANC members at the Gardee home this week, saying Gardee's murder had united the country. She told police minister Bheki Cele she was happy about the arrest.

“We expected that, not because it's Hillary, but because things are getting out of hand in the country.”

The Mpumalanga police have arrested a suspect in connection with the murder of Hillary Gardee, the daughter of former EFF secretary general Godrich ...
News
3 months ago

Gardee murder another reminder women are not free in SA

May the soul of Hillary Gardee rest in peace, and her family be consoled in this difficult time.
Opinion
3 months ago

The family of the late Hillary Gardee, who was found dead this week, said they were relieved when she did not turn wayward when her mother died three ...
News
3 months ago
Next Article