We didn’t need to share details of Hillary’s murder, say cops after criticism by family 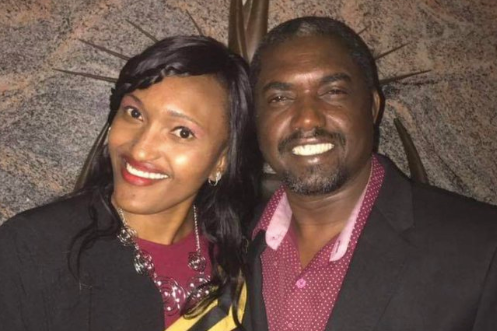 Former EFF secretary-general Godrich Gardee with his daughter Hillary. She was found murdered on Tuesday. She had been shot at the back of head.
Image: Julius Malema/Twitter

Mpumalanga police on Wednesday defended themselves, saying that not disclosing that Hillary Gardee had been shot did not mean they were unaware of it.

“Earlier on, the police in Mpumalanga reported that Ms Hillary Gardee, aged 28, was discovered murdered with bruises on her body. However, after further investigation by our forensic team, it was revealed that she was shot on her upper body. The police conveyed such message to the family, which does not stop them communicating how their child was murdered to other family members and friends,” said Col Donald Mdhluli.

“A team comprising different disciplines within the police has been assembled by the provincial commissioner in Mpumalanga, Lt-Gen Semakaleng Daphney Manamela, to investigate the matter. The investigation is under way with a view to arrest whosoever is involved. The police in Mpumalanga are at no stage going to reveal the stages of the investigation to the public but to the relevant family. It is against this backdrop that police request space to investigate this gruesome murder without any disturbance,” Mdhluli added.

“Mommy is fighting.” This is the statement alleged to have been made by Hillary Gardee’s three-year-old daughter to family members after she was ...
News
2 months ago

This response came after the police had been criticised by the Gardees, who said they learnt only through her postmortem that she had been shot execution style in the back of her head.

“We had gone to get an update from the postmortem in terms of what happened to Hillary and we have received information that the bullet wound was in the back of her head, which means that she was shot almost execution style,” said Sinawo Tambo, spokesperson for the EFF and the Gardee family on Wednesday.

He said the family’s biggest concern was that police on the scene did not pick up that Gardee had been shot.

“This is gross incompetence. It does not need forensics to identify a bullet wound on the body. This means that police did not conduct thorough investigations of the crime scene and at this point ... it is too late.  That crime scene has been contaminated.  People were doing walkabouts with the media there,” Tambo said, adding that this cast doubt on whether the police would properly investigate.

Hillary, the eldest daughter of former EFF secretary-general Godrich Gardee, was found dead outside Mbombela on Tuesday,  four days after she was last seen alive.

She was last seen shopping at a plaza in Mbombela on April 29 with her three-year-old adopted daughter.

The little girl was found close to her home unharmed.

Tambo said the family was becoming concerned that the motives behind the kidnapping and murder of Gardee might be much deeper than a common criminal act of abduction and extortion for money.

“There may be more underlying and serious circumstances, because the trend we see now resembles the murder of Tshegofatso Pule, the murder of Karabo (Mokoena), and the Western Cape (murder of Uyinene Mrwetyana),” Thambo said.

The Gardees are expected to hold a press conference on Thursday where Hillary’s funeral details will be disclosed.

The EFF has gathered outside the house of its former secretary-general Godrich Gardee whose daughter was found dead this week.
News
2 months ago

Postgraduate student Hillary Gardee, 28, the daughter of former EFF secretary-general and attorney Godrich Gardee who disappeared four days ago, has ...
News
2 months ago

'We have nothing to hide': Godrich Gardee on EFF campaign funding

EFF secretary-general Godrich Gardee says the party’s books are open for audit to establish where it received funds for its 2021 local government ...
News
9 months ago
Next Article