One killed, 14 injured in Wartburg collision 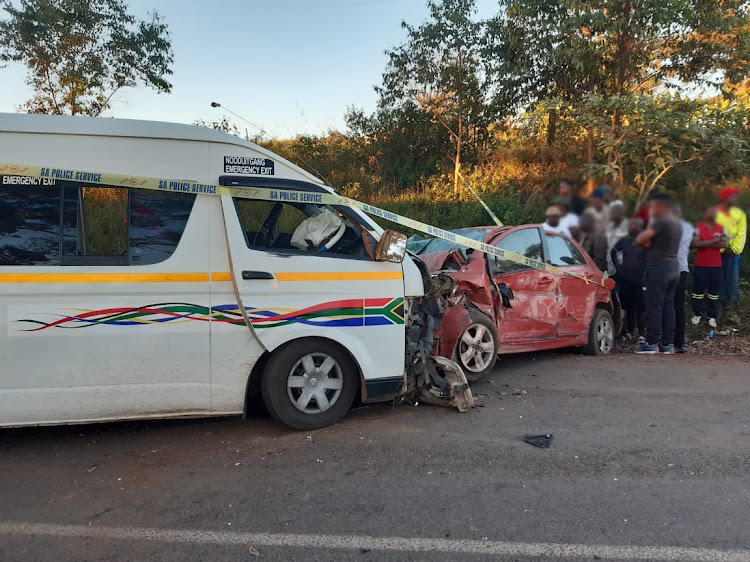 A light motor vehicle and a taxi collided in Swayimane in KwaZulu-Natal.
Image: supplied

A man was killed and 14 people were injured when a light motor vehicle and a taxi collided on a road in Swayimane, Wartburg in KwaZulu-Natal on Tuesday.

ER24 spokesperson Russel Meiring said paramedics arrived to find the taxi and car on the same side of the road.

“Several people were found seated and lying near the vehicles. Medics assessed the patients and found a man from the light motor vehicle had sustained fatal injuries. Unfortunately, nothing could be done for him and he was declared dead. Fourteen other patients were assessed on the scene, their injuries ranging from minor to moderate,” he said.

The patients were treated and transported to nearby hospitals.

“The details surrounding this incident are unknown. Local authorities were on the scene for further investigations,” said Meiring.

When Mmatshepo Seoka was hit by a car while out on a morning run six months ago, she never thought she would get back to road running again.
News
3 months ago

Seven of the injured are in critical condition and two are seriously injured, according to early reports from emergency services that attended the ...
News
3 months ago
Next Article