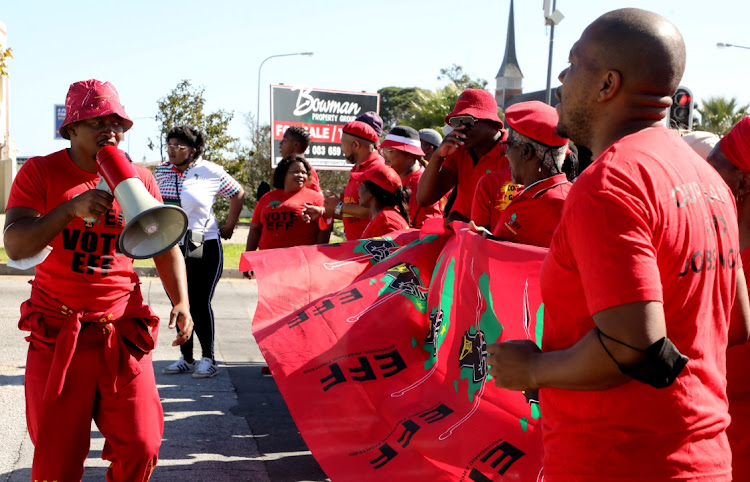 The EFF has gathered outside the house of its former secretary-general Godrich Gardee whose daughter was found dead this week.

The group there on Wednesday morning were waiting for their party leader Julius Malema who was expected to visit the family in the afternoon.

The body of Hillary Gardee, 28, was found by timber farm workers on Tuesday along the road just outside Mbombela in Mpumalanga. She had gone missing on Friday last week following her abduction outside a plaza while she was with her daughter.

Her alleged killer later dropped off the child close to where Gardee lived in KaMagugu on the same day.

Members of the EFF were singing Struggle songs outside the Gardee family house where they were waiting.

The Mpumalanga police said they could not reveal much about their investigation, saying it was at a sensitive stage.

Police minister Bheki Cele, who visited the family on Tuesday, gave investigators in the case less than 72 hours to find the suspects.

Postgraduate student Hillary Gardee, 28, the daughter of former EFF secretary-general and attorney Godrich Gardee who disappeared four days ago, has ...
News
3 months ago

“Mommy is fighting.” This is the statement alleged to have been made by Hillary Gardee’s three-year-old daughter to family members after she was ...
News
3 months ago
Next Article