Judge Maumela has his hands full at Senzo Meyiwa's trial 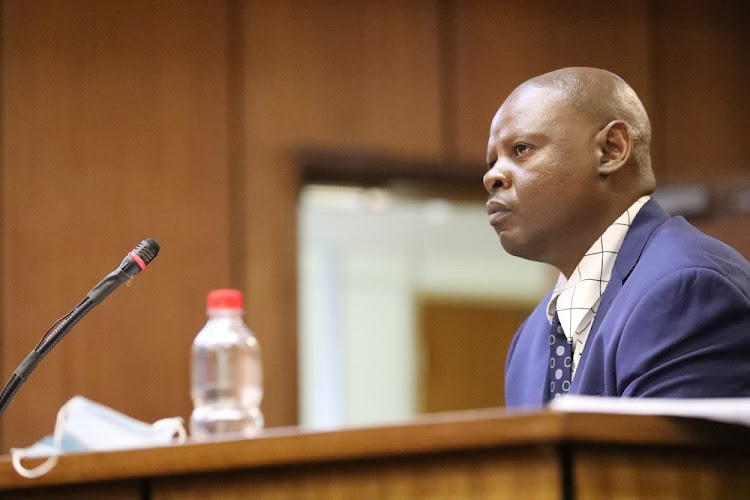 Judge Tshifhiwa Maumela has reprimanded the state and the defence in the Senzo Meyiwa case, asking them to  behave for the sake of the public and those that have been affected by the killing of the Bafana Bafana star.

On Thursday, Adv George Baloyi asked the court to make a ruling on the manner in which Adv Maselela Teffo had question the first witness, Sgt Thabo Mosia, and even asking that some of the responses that his witness made be expunged.

“If someone says accused number three came in the house with a 9mm parabellum and shot the deceased, since no cartridges were found on the scene, how do you explain that? Sgt Mosia answered by speculating that a revolver might have been used.

“We submit that this line of cross-examination will not assist the court in its eventual decision on culpability,” Baloyi said.

But Maumela reprimanded Baloyi, indicating  that he should have raised objections at the time when such a question was asked.

Maumela said the way in which the trial has been going on was problematic, forcing him to intervene due to Teffo’s questioning. “This is not our court. This is the court of the people of South Africa. We happen to be deployed in our various roles. There should be nothing that goes on the basis of who is who.

“Before we were born, rules were put in place on how a trial should be run…Some of you went to law schools to learn the ethics of running this kind of process. The four of us are supposed to know what is to be done…It is not about what the judge prefers, it is about the fact and how the law applies in those facts,” Maumela told both the state and the defence.

The first day of SA’s long awaited criminal trial of the men accused of killing Bafana Bafana  Senzo Meyiwa started on Monday giving a glimpse of ...
News
2 months ago

Mosia is one of the officers who arrived on the scene of the killing of Meyiwa at his then girlfriend Kelly Khumalo's home in Vosloorus on the East Rand. His job was to collect evidence from the crime scene, mark it, record it and then send it to the forensics laboratory.

Muzikawukhulelwa Sibiya, Bongani Sandiso Ntanzi, Mthobisi Prince Mncube, Mthokoziseni Maphisa and Sifisokuhle Nkani Ntuli have been charged with his murder. The five face charges of premeditated murder, attempted murder, robbery with aggravating circumstances, possession of firearms without a licence and possession of ammunition.

Maumela asked that the trial continue and the defence to submit its response at a later stage.