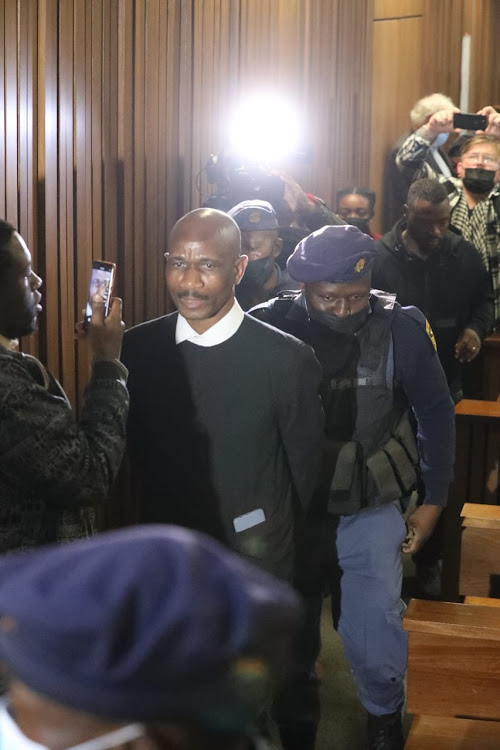 Adv Maselela Teffo, who is representing four of the five accused in the Senzo Meyiwa case, has been arrested.

In dramatic turn of events, Teffo was arrested by police inside the high court in Pretoria in full view of journalists who took pictures and footage of the drama.

Judge Tshifhiwa Maumela then adjourned the court proceedings, postponing the matter to May 30. But just minutes after the judge left, an officer who was not in uniform arrived and alerted Teffo about his arrest.

Adv Zandile Mshololo for accused number five in the matter, said no one knew why Teffo was being arrested. “The arresting officer is telling us that it is for failure to appear in court. But we do not know what matter is he being arrested for,” Mshololo said.

Police handcuffed Teffo right in the courtroom where he had spent the better part of the day drilling Sgt Thabo Mosia about what he found on the crime scene in the early hours of the morning after Meyiwa had been arrested.

WATCH | "This is harassment", says Adv Teffo during his arrest in the Pretoria High Court. Adv Teffo represents four accused in the #SenzoMeyiwa trial. He is arrested for missing a court appearance. pic.twitter.com/FuTPv7z8El

Teffo is expected to be taken to the Hillbrow police station before his court appearance. “It is because I’m doing Senzo’s case,” Teffo said as he was taken down to the cells.

Teffo has been the centre of attention since Meyiwa trial began. His questioning has been criticised by the state and Maumela. On Thursday, Maumela reprimanded him together with prosecutor George Baloyi about the “problematic” manner in which the trial has gone so far.