Klawer residents parade coffin and cross in protest outside court 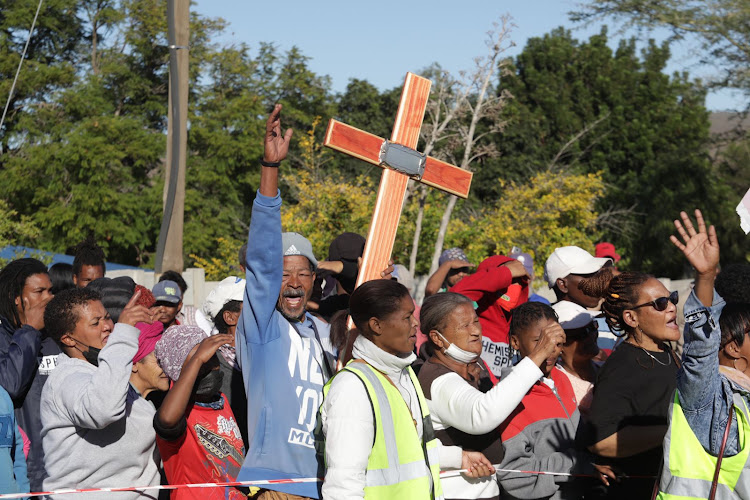 Emotions ran high outside the Klawer magistrate’s court on Tuesday as dozens of residents gathered for the appearance of a man accused of murdering Jerobejin van Wyk.

Some were there to support a woman from the Western Cape town who was arrested after her alleged rapist laid a countercharge against her.

By 10am Daniel Smit, 56, who is accused of killing 13-year-old Jerobejin, had not arrived in court and impatient demonstrators ran after passing police vehicles, hoping to glimpse him.

Smit has been charged with murder, kidnapping, assault with intent to cause grievous bodily harm and defeating the ends of justice.

He is alleged to have driven after Jerobejin and his friend and hit the teenage boy with his bakkie before taking him away. Body parts were discovered on his property a few days later.

A new coffin and a cross were displayed outside court on Tuesday and passed around from one person to another to show support to victims of gender-based violence and all those who died violently. When Smit's lawyer, Santie Human, arrived she was booed by the crowd.

Vernon Willemse said he had joined the peaceful protest to support Jerobejin’s family and the alleged rape victim. The woman, who was later allegedly attacked with a panga by her rapist, was also due to appear in court.

“We are here to demand justice for Jerobejin and the rape victim. So far this community hasn’t received any help from the police and we hope that courts will take us into their confidence,” said Willemse. 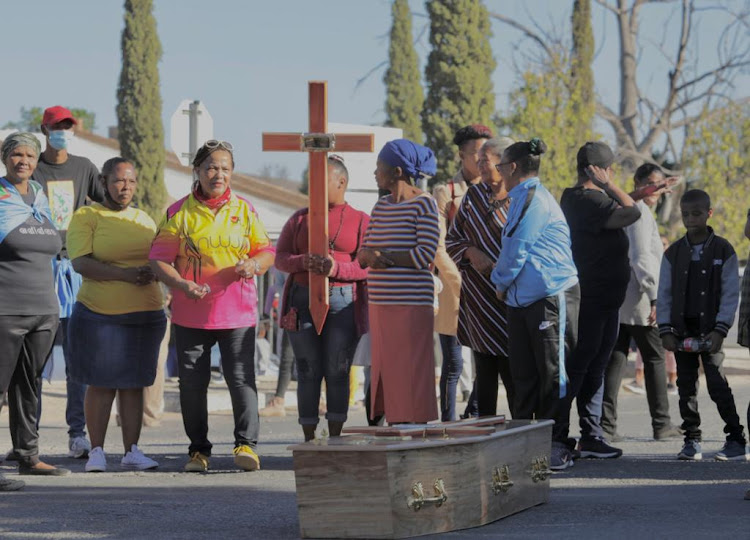 Protesters in Klawer with a coffin and a cross on April 26 2022.
Image: Esa Alexander

The Rev June Major — who made sexual assault allegations against an Anglican priest and campaigns for Action Unity Against Gender Violence, was also in the crowd.

“We are here to say we understand the pain this community is going through and to say enough is enough,” she said.

“As a rape survivor, I understand the pain of gender-based violence and of not being believed by the same community that is supposed to stand in solidarity with you.

“With this coffin we are raising awareness about all the victims of gender based violence, femicide and gang warfare.”

Another boy goes missing in Western Cape town of Klawer

The search for 11-year-old Anelisa Lathitha Sigwebedlana of Klawer in the Western Cape has started after he went missing on Tuesday.
News
5 months ago

Thanks to the spectacular work of police dog Bessie, the Vredendal Crime Prevention Unit and the Klawer K9 Unit managed to seize a large amount of ...
News
10 months ago
Next Article