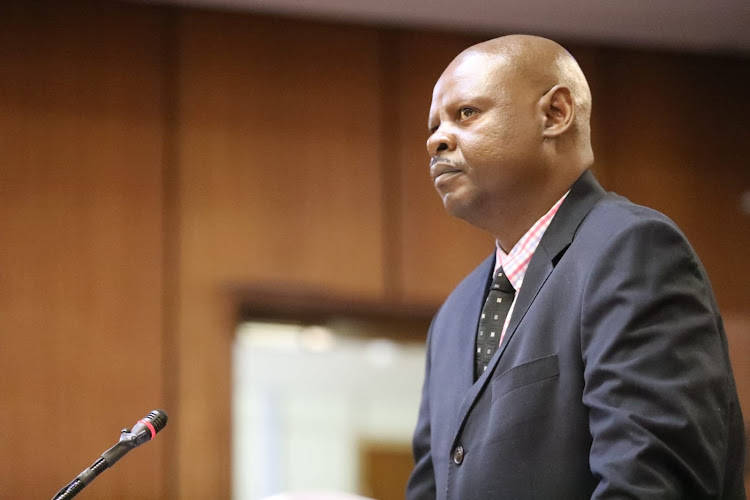 Kelly Khumalo’s lawyer hired to conduct a watching brief, Magdalene Moonsamy, has been excused from the North Gauteng High Court in Pretoria ahead of the first witness taking the stand in the trial of the five men accused of murdering footballer Senzo Meyiwa.

Judge Tshifhiwa Maumela said this was for the purity of the trial as Khumalo is a potential witness.

The defence had last week raised concerns about Moonsamy’s presence in court.

“She can only sit in should the state call Khumalo as a witness,” said the state prosecutor, advocate George Baloyi.

The former Bafana Bafana goalkeeper was gunned down in October 2014 in what was described as a botched robbery in Vosloorus, east of Johannesburg, in the presence of Khumalo, who was his girlfriend, and her mother Ntombi, sister Zandi, Zandi’s boyfriend Longwe Twala and his friends Mthokozisi Twala and Tumelo Madlala.

The five accused are Muzikawukhulelwa Sibiya, Bongani Sandiso Ntanzi, Mthobisi Prince Mncube, Mthokoziseni Maphisa and Sifisokuhle Nkani Ntuli. They are charged with premeditated murder, attempted murder, robbery with aggravating circumstances, possession of firearms without a licence and possession of ammunition.

Mosia created a sketch plan and took photos of the crime scene shortly after the murder, and revisited the scene with another officer the following day.

Going through the sketch plan and pictures, he indicated the kitchen door was marked as the point of entry.

He said a bullet jacket was found, explaining this is a bullet fragment.

A grey, brown and white cap and a silver-grey walking stick were found a few metres away from each other on the kitchen floor.

The five men accused of Meyiwa’s murder have pleaded not guilty.

The first expert witness in the Senzo Meyiwa murder trial is expected to take the stand on Monday in the high court in Pretoria.
News
3 months ago

The five men accused of murdering footballer Senzo Meyiwa nearly eight years ago have denied any involvement in his killing.
News
3 months ago

The trial against five men accused of killing soccer star Senzo Meyiwa has once again been postponed – this time for five days.
News
3 months ago

The resumption of the trial into the murder of Bafana Bafana and Orlando Pirates goalkeeper Senzo Meyiwa has raised hopes of justice finally being ...
Sport
3 months ago
Next Article