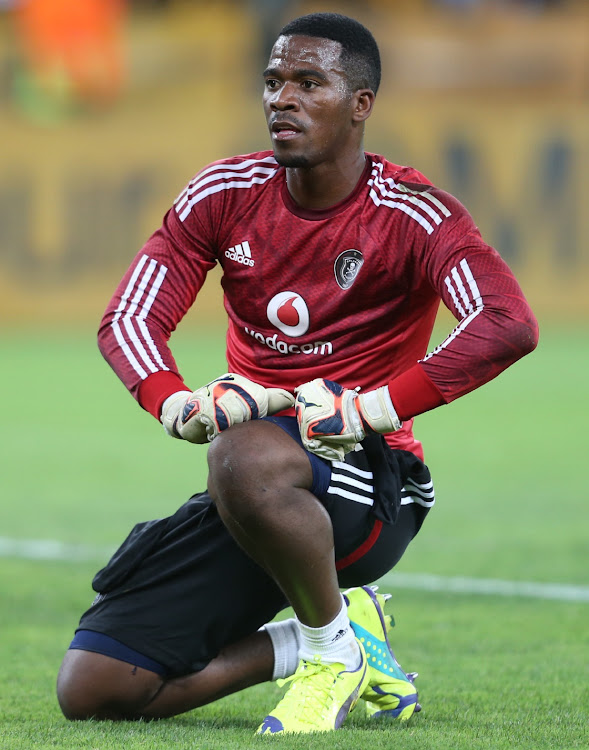 Senzo Meyiwa during a match between Kaizer Chiefs and Orlando Pirates at Moses Mabhida Stadium in Durban on September 20 2014 - a month before he was killed.
Image: Steve Haag/Gallo Images

The National Prosecuting Authority (NPA) said it was ready to proceed with the murder trial of slain footballer Senzo Meyiwa on Friday.

In a statement, prosecutor George Baloyi said he was hopeful that the case would commence without any further delays as it returns to the high court in Pretoria.

The trial was postponed last week as the lawyer of one of the accused requested a postponement so he could consult with his client and witnesses.

The other four are represented by one lawyer.

The Meyiwa case has been pending for some time.

Listing the timeline, the NPA said:

27 October 2020 — The trial was enrolled under the Gauteng Local Division at the Boksburg magistrate's court; however, a decision was taken by the national director of public prosecutions (NDPP) advocate Shamila Batohi and her management to transfer the matter to the Gauteng Division: Pretoria, to countenance any perceptions that could be attributed to the state if the matter remained in its original jurisdiction.

25 October 2021 — During the pretrial conference, the state committed to providing the defence with statements of witnesses who were omitted from the lists, for safety reasons, a few weeks before the start of the trial. These witnesses would have been placed in the witness protection programme. The statements were sent via email to the defence attorneys on 28 March 2022 and hard copies were hand-delivered by the lead prosecutor to the defence attorneys in Durban on 30 March 2022, as agreed during pretrial conference.

17 March 2022 — The trial was meant to get under way. Accused numbers 1-4 appointed a new legal representative, an advocate Teffo to represent them. Judge Bam warned Teffo that he would not allow an any further postponements, therefore he needed to ensure that he was ready to proceed with the trial on 11 April 2022.

11 April 2022 — Advocate Mshololo a legal representative for accused number five asked for a one-day remand because she needed to consult her client with regards to the statement received on 28 March 2022 because of challenges faced at the correctional facility. Judge Tshifhiwa Anthony Maumela duly granted the defence the remand and arranged that they be allowed to consult the accused at prison cells in court before they were taken back to their correctional centres.

The NPA highlighted that the case needed to be concluded for the sake of the Meyiwa family.

“We understand that justice delayed is justice denied.  As the NPA we are doing everything in our power to ensure that this matter is finalised. We too hope that there will be no further postponements. We understand the frustrations of the family and their need for closure, which can only be achieved when justice is served,” the prosecuting authority said.

Meyiwa, who was the beloved Bafana Bafana and Orlando Pirates goalkeeper was gunned down in Vosloorus in October 2014.

His murder was described as a botched robbery. Meyiwa had been in the presence of his girlfriend Kelly Khumalo, her mother Ntombi, sister Zandi, Zandi’s boyfriend Longwe Twala, his friends Mthokozisi Twala and Tumelo Madlala, Kelly's son who was four years old at the time and the daughter she shared with Meyiwa. The girl was seven months old at the time.

The trial against five men accused of killing soccer star Senzo Meyiwa has once again been postponed – this time for five days.
News
4 months ago

The resumption of the trial into the murder of Bafana Bafana and Orlando Pirates goalkeeper Senzo Meyiwa has raised hopes of justice finally being ...
Sport
4 months ago

The trial against five men accused of killing soccer star Senzo Meyiwa hit yet another snag on Monday with one of the accused’s lawyers requesting a ...
News
4 months ago
Next Article