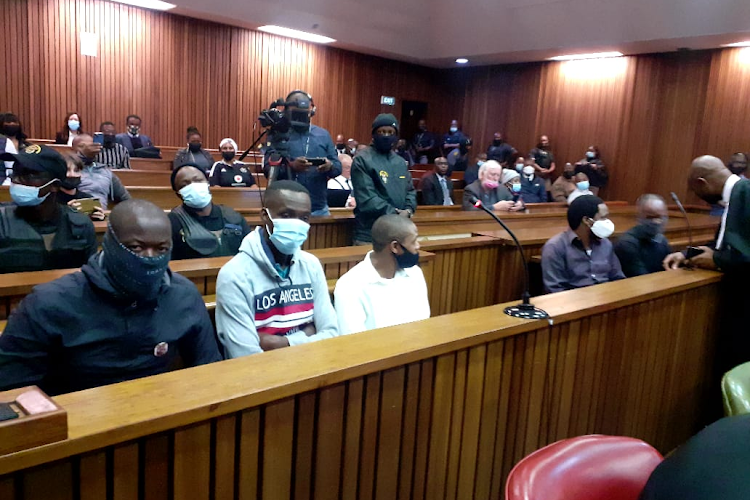 The five men accused of murdering footballer Senzo Meyiwa nearly eight years ago have denied any involvement in his killing.

They pleaded not guilty in the North Gauteng High Court in Pretoria on Friday when their trial started after several postponements.

The former Bafana Bafana goalkeeper was gunned down in October 2014 in what at the time was described as a botched robbery in Vosloorus, east of Johannesburg, in the presence of his girlfriend Kelly Khumalo, her mother Ntombi, sister Zandi, Zandi’s boyfriend Longwe Twala and his friends Mthokozisi Twala and Tumelo Madlala.

The court has adjourned for a lunch break. Lawyers for the accused will deal with plea statements after the break.

The National Prosecuting Authority said it was ready to proceed with the murder trial of slain footballer Senzo Meyiwa on Friday.
News
3 months ago

A group of 12 men appeared in the Benoni magistrate's court on six counts of attempted murder, three of robbery with aggravating circumstances, five ...
News
3 months ago
Next Article