Eskom to suspend load-shedding in time for the weekend 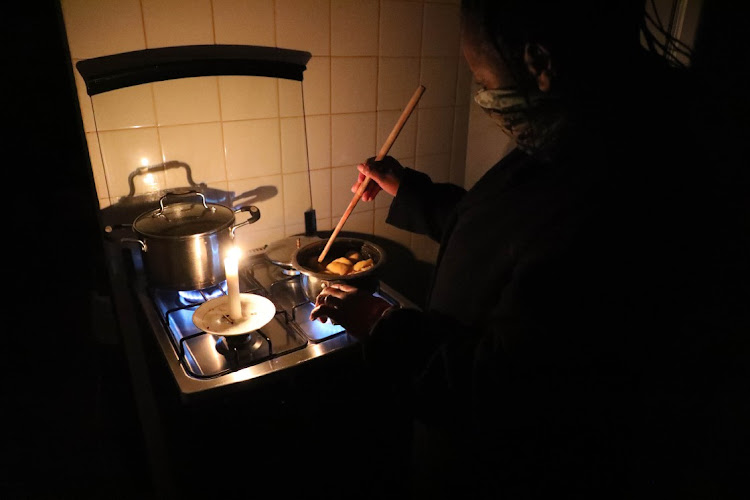 Load-shedding will be suspended at 10pm on Friday but the system could take strain next week. File photo.
Image: Antonio Muchave

Load-shedding will be suspended at 10pm on Friday.

In an update Eskom said nine generating units would return to service over the weekend which, combined with expected low weekend electricity demand, would allow the suspension of load-shedding.

However, the power utility cautioned supply will remain severely constrained despite the units, one from Hendrina and two each from Arnot, Duvha, Majuba and Tutuka power stations, returning to service.

“The power system remains severely constrained and volatile. During next week we anticipate to continue relying on the use of emergency reserves to meet demand.”

The ailing utility said 5,353MW was on planned maintenance while another 14,912MW of capacity was unavailable due to breakdowns.

Eskom CEO Andre de Ruyter said on Thursday the utility did not anticipate load-shedding next week but there were risks making that difficult to guarantee.

“It depends on the weekend and the additional rainfall in Mpumalanga where [our] coal plants are. We may see further impact for Monday next week as the forecast is likely tight,” he said.

On Friday Eskom again apologised for the latest round of load-shedding and said it would continue to closely monitor the power system.

“Load-shedding is implemented only as a last resort to protect the national grid. We therefore request the public to continue using electricity sparingly to reduce the occurrence of load-shedding.

“We will promptly inform the public should there be any significant developments.”

Eskom CEO Andre de Ruyter said on Thursday the plan is to drop load-shedding to stage 2 after the evening peak, with it possibly being lifted for the ...
News
3 months ago

Eskom spent just under R7bn on diesel to run its emergency generation plants in the last financial year and about R3.5bn on independent power ...
News
3 months ago
Next Article