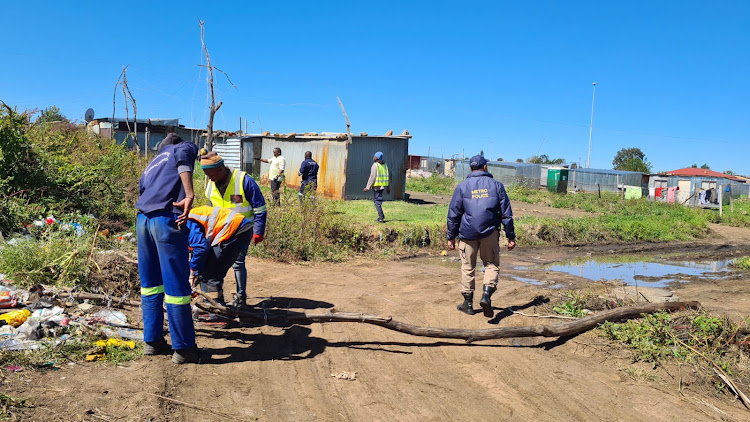 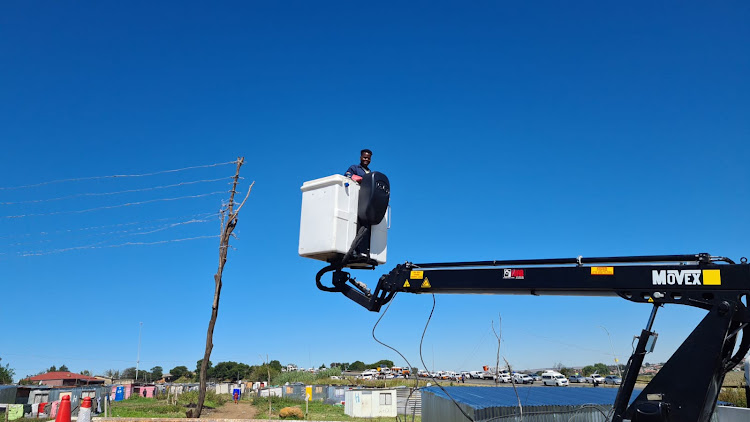 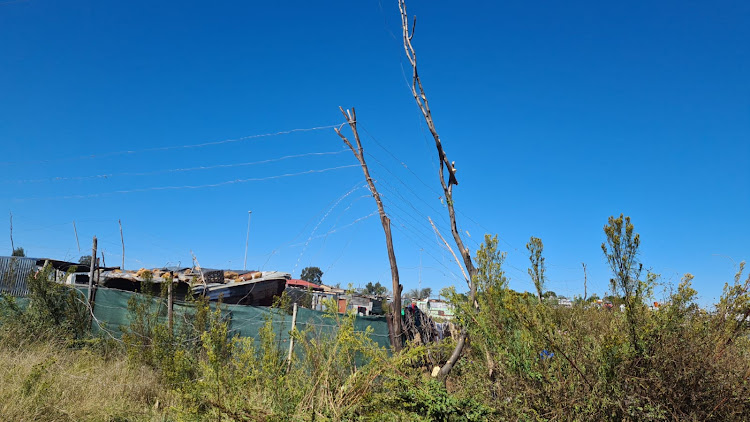 This is the area where a group of people, allegedly residents of Pimville, together with Operation Dudula members, marched on Monday to protest against continuous power outages due to cable theft. Kgomotso Vincent Diale, a father of two, died during the protest in circumstances under investigation by police.

On Wednesday authorities were stripping homes with illegal connections to the sounds of buzzing and popping as the tightly strung cables were cut.

Earlier, at an informal settlement near Kliptown Square, authorities were met with ire from mostly women residents. Incidents of stone-throwing were reported.

Police minister Bheki Cele was in the area on Wednesday to receive a briefing from Gauteng police on recent crimes in Kliptown.

Cele then met the Diale family at their home, while Dudula leader Nhlanhla Lux Dlamini addressed a crowd that had gathered nearby.

The minister, speaking to residents at a park near the Diale home, said Pimville police needed more tools to combat crime.

Amid heckling from the crowd, he said 10 more police vehicles would be made available to the precinct.

A team of 12 detectives had been assembled to probe Diale's death and cases of attempted murder for the shooting of six people at Chicken Farm, said Cele.

A 12 member @SAPoliceService detective team has been assigned to investigate the shooting of six people at Chicken Farm in Soweto and the subsequent death of #KhomotsoDiale https://t.co/8ku2seCMBA

[TODAY] Now Minister Cele is now at the family home of Kgomotso Diale who was shot and killed at Chicken Farm informal settlement in Soweto. Diale was part of community members who were involved in clashes over electricity and cable theft. pic.twitter.com/r0bXKQovqi

Residents in Kliptown are unhappy with police trying to remove them from the property of Kgomotso Vincent Diale. @TimesLIVE pic.twitter.com/i1rE2PUGo9

One person dead, another wounded in clash between Operation Dudula and informal settlement residents

One person died and another was wounded during a clash on Monday between Operation Dudula members and residents of an informal settlement in ...
News
3 months ago

When Kgomotso Vincent Diale woke up on Easter Monday, he did gardening at his Pimville, Soweto, home with no intention of joining a march to a nearby ...
News
3 months ago