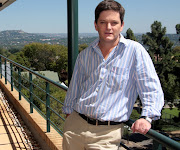 Arena Holdings CEO Andrew Gill has stepped down from his position after working for the company for 23 years.

The announcement was made by group chairman Tshepo Mahloele on Tuesday.

“Andy started his career as a journalism cadet at Business Day in 1989 before moving to Reuters. He later rejoined the group as editor of the Business Times, became the managing director of the media division and was later  appointed CEO in 2020,” said Mahloele.

“I want to thank Andy for his service to the group, especially in the last two years where he led the business through incredibly tough trading conditions created by the Covid-19 epidemic.”

Mahloele said the board has begun the process of finding a replacement.