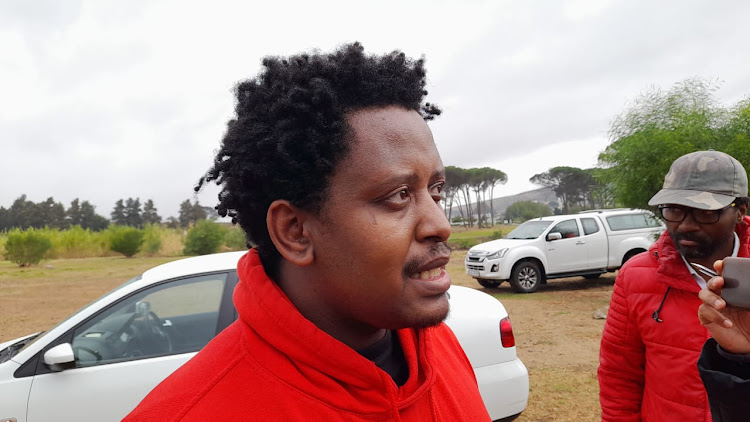 The EFF is embarking on a shutdown of Eswatini borders in KwaZulu-Natal and Mpumalanga to pressure its monarchy to implement democratic reforms.

The party said the shutdown would assist the people of Eswatini in ways that are more practical than social media calls for democracy in the landlocked country.

“There is no democracy in Swaziland and the time has come to assist the people of Eswatini in more practical ways,” said spokesperson Sinawo Tambo.

Here’s what you should know:

WHICH BORDERS ARE CLOSED?

The red berets descended on the Old Oshoek and Golela border posts in Mpumalanga and KwaZulu-Natal.

We have arrived at Golela port of entry in Kwa Zulu Natal.

The EFF is shutting down all the eSwatini borders in solidarity with the people of eSwatini.

There must be democracy in eSwatini, with a People’s Government. #EFFeSwatiniProtests pic.twitter.com/ucJR3no41q

We have arrived at Oshoek border port of entry in Mpumalanga.

The EFF is shutting down all eSwatini borders today. In Mpumalanga and KZN, in solidarity with the people of eSwatini. #EFFeSwatiniProtests pic.twitter.com/xgHGKpNL9U

WHY IS THE EFF STAGING THE PROTEST?

Tambo told Newzroom Afrika the party wants an equal redistribution of wealth between King Mswati III and the people of Eswatini. He said the EFF, which has representation in Eswatini, has been calling for the democratisation of the kingdom.

“We have had engagements with our comrades on that side because we have come to the realisation that the Southern African Development Community is toothless to take on this monarchy and the rule of Mswati,” he said.

Attempts by TimesLIVE to get comment from the EFF were unsuccessful at the time of publishing this article.

WHAT HAS THE EFF IN ESWATINI SAID?

EFF deputy president in Eswatini Mthokozisi Makhunga said the border shutdowns are meant to disrupt economic activity in the country.

“Today is Mswati’s birthday. We are presenting him with a special gift. He is used to taking taxpayer’s money via the gates and spreading it for his lavish lifestyle with his wives and children. Today we are here to suppress the economy sustaining the livelihood of the regime,” he said.

The Eswatini government has not responded to the EFF’s demonstrations. It has wished the king well for his 54th birthday.

PREVIOUS PROTESTS IN THE COUNTRY

Eswatini was plunged into violence last year when scores of pro-democracy protesters called for the removal of the monarchy which has absolute power in the country. The protest started in April and lasted for months.

In October, President Cyril Ramaphosa deployed envoys to Eswatini to quell the tensions after calls for intervention.