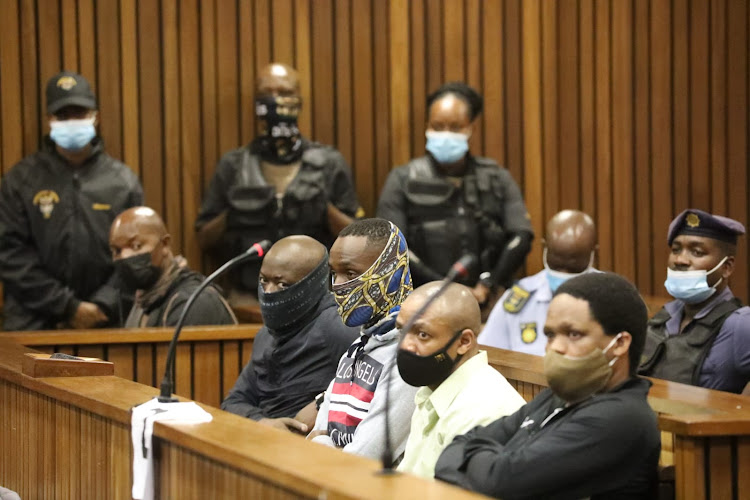 The trial against five men accused of killing soccer star Senzo Meyiwa has once again been postponed — this time for five days.

Mshololo said if the court did not grant the postponement Ntuli would be prejudiced as they only had one day, Monday, to discuss the evidence contained in the statements of the witnesses.

Although judge Tshifhiwa Maumela granted Mshololo the five-day postponement asked for, he however warned that this would be the last postponement to be granted.

On Monday, Mshololo had asked for a day's postponement to consult with Ntuli which Maumela granted.

Mshololo argued on Tuesday morning that the one day was not sufficient and asked for a further five days until April 21 to allow her to consult with her client and verify certain aspects of the evidence in the statements of the witnesses which she only received on March 30.

The state had said the statement were not released due to safety concerns around the witnesses who are in both KwaZulu-Natal and Gauteng.

“We are unable to proceed with the trial today, we request five days as we only had yesterday to consult with accused number 5,” Mshololo said.

The former Bafana Bafana goalkeeper was gunned down in October 2014 in what was described as a botched robbery, in the presence of his girlfriend Kelly Khumalo, her mother Ntombi, sister Zandi, Zandi’s boyfriend Longwe Twala and his friends Mthokozisi Twala and Tumelo Madlala.

The resumption of the trial into the murder of Bafana Bafana and Orlando Pirates goalkeeper Senzo Meyiwa has raised hopes of justice finally being ...
Sport
4 months ago

The trial against five men accused of killing soccer star Senzo Meyiwa hit yet another snag on Monday with one of the accused’s lawyers requesting a ...
News
4 months ago

Nearly a decade after the killing of Bafana Bafana star Senzo Meyiwa, his murder trial is set to begin and hopefully bring his family much-needed ...
News
4 months ago
Next Article