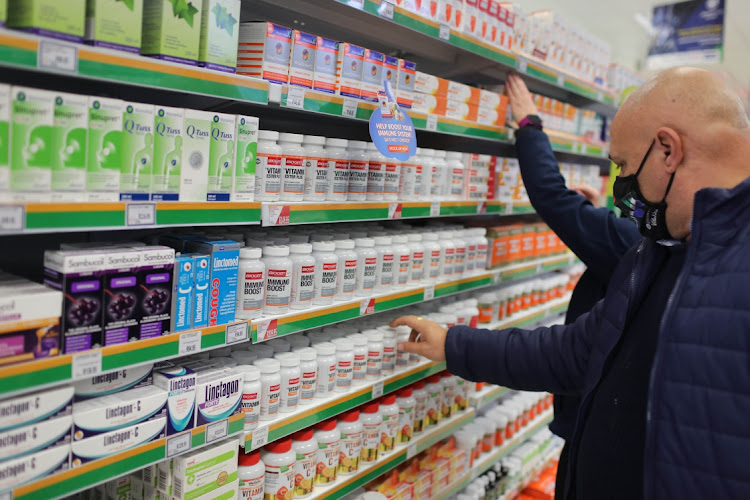 The Supreme Court of Appeal (SCA) made this determination when it dismissed with costs the application by the minister of health for leave to appeal against a Pretoria high court judgment passed in October 2020.

That judgment declared the General Regulations, promulgated on August 25 2017 in the Government Gazette, are unlawful to the extent that they apply to “complementary medicines” and “health supplements” that are not medicines or scheduled substances as defined in the Medicines and Related Substances Act.

The high court suspended its order that the regulations are invalid for 12 months to allow the minister an opportunity to correct the defect.

The minister was granted leave to appeal to the SCA.

The SCA said it appeared from the evidence there is a substantial market worldwide and in SA for complementary medicines and health supplements.

The SCA said there was no dispute this market should be regulated in the public interest.

The minister replaced the previous general regulations under the act with the current ones.

The World Medical Association wants all websites offering unregulated medical products to be shut down.
News
9 months ago

These include obligations in respect of the labelling of containers, furnishing of professional information in hard copy or electronically, providing a patient information leaflet and advertising.

The review found what the Alliance of Natural Health Products had relied on in its high court application was that the scope and ambit of the regulations exceeded the rule-making powers of the minister in terms of the act.

The alliance acts on behalf of its members, including manufacturers and retailers of complementary medicines and health supplements.

The contention by the alliance was that the minister was only empowered to regulate medicines and scheduled substances within the meaning of the act.

The alliance had contended the regulations purported to regulate substances that were neither medicines nor scheduled substances and, to that extent, were beyond the minister’s legal powers.

The minister denied the regulations were invalid in any respect. He said the definition of “medicine” in the act was sufficiently wide to include all complementary medicines and health supplements as defined in the regulations.

In a unanimous judgment of the full bench of the SCA, judge of appeal Christiaan van der Merwe said section 35(1) of the act provides for no less than 45 topics in respect of which the minister is empowered to make regulations.

He said most relate directly to medicines, scheduled substances, medical devices and in vitro diagnostic devices.

“In sum, the regulations purport to regulate substantial numbers of substances that are not medicines under the act.

“The (high court) correctly concluded that, to this extent, the regulations are ultra vires and invalid,” Van der Merwe said.

However, the SCA dismissed the cross-appeal by the alliance against the suspension of the high court order to give the minister 12 months to fix the defect.

Van der Merwe said it was widely accepted there is a public interest need to regulate complementary medicines and health supplements that are not medicines under the act.

“Therefore it is in the public interest to regulate these substances under the regulations during the interim period of consideration of the appropriate regulation thereof.  The cross-appeal must therefore fail,” Van der Merwe said.

It had been clear all of last week that the province was “on fire”, as some experts call it.
Opinion
1 year ago

A woman and a man have been arrested after an investigation into the sale of illicit medication in Cape Town.
News
4 months ago

A Mpumalanga man has been arrested for selling steroids.
News
4 months ago
Next Article