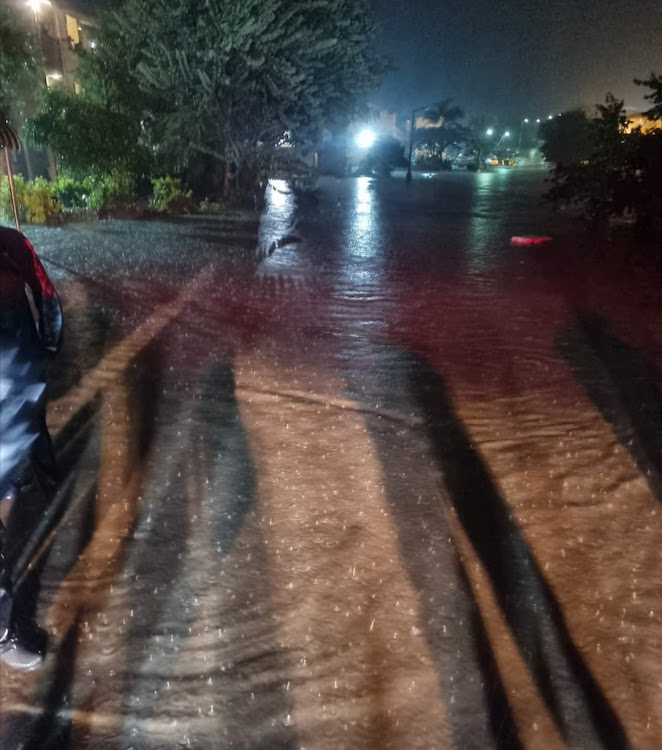 A granny and her three grandchildren were swept away by raging waters when they attempted to cross a bridge in Tongaat, north of Durban
Image: Reaction Unit SA

A woman and her three grandchildren were swept away by raging waters when she attempted to drive across a low-lying bridge near a swollen river in Tongaat, KwaZulu-Natal on Monday night.

According to the Community Emergency Response Team (CERT), a team of volunteer first responders, the strong current pulled the vehicle into the river.

Emergency services and the volunteers spent hours trying to find the vehicle.

CERT spokesperson Riza Sadack said the search had to be called off on Monday night because it had become unsafe and weather conditions were bad.

When the search resumed on Tuesday morning the vehicle was found.

Sadack said the children were missing. It is understood the grandmother was in the vehicle.

CERT rescuers were dispatched to La Mercy, north of Durban, on Tuesday morning where a wall collapsed leaving one person dead. 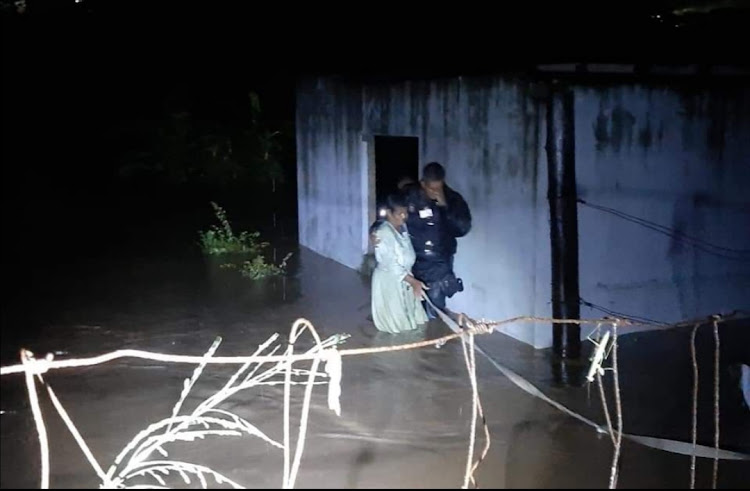 People trapped in their homes in Canelands, north of Durban were rescued during the early hours on Tuesday morning.
Image: Reaction Unit SA

Reaction Unit SA (Rusa) said it had rescued 12 people and a dog during operations in Canelands, near Verulam, north of Durban.

“Officers rescued two males and a female using ropes to enter a home situated in a graveyard on the Umdloti River.

“Occupants were trapped in the dwelling for several hours before officers entered the home through a window and rescued the trio just after midnight,” said Prem Balram, Rusa spokesperson

“They were all carried out using life jackets to an awaiting ambulance. An officer swam back to the residence after being informed a dog was trapped in the home.”

Heavy rains in Australia trigger fresh round of flood evacuations

Heavy rains drenched east Australia on Tuesday, triggering evacuation orders for thousands of flood-weary residents for the second time this month as ...
News
4 months ago
Next Article