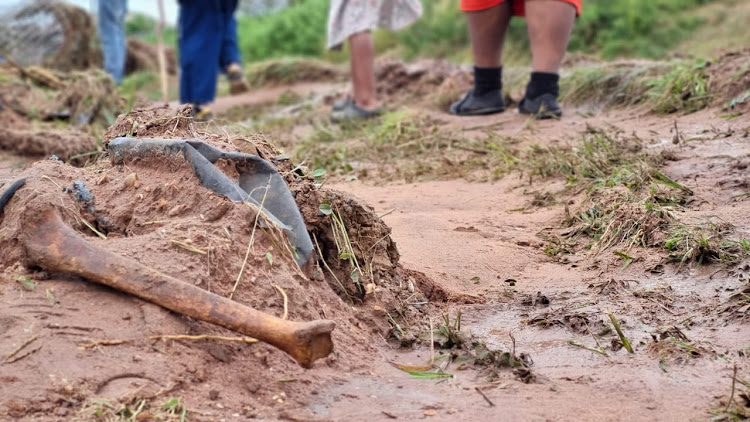 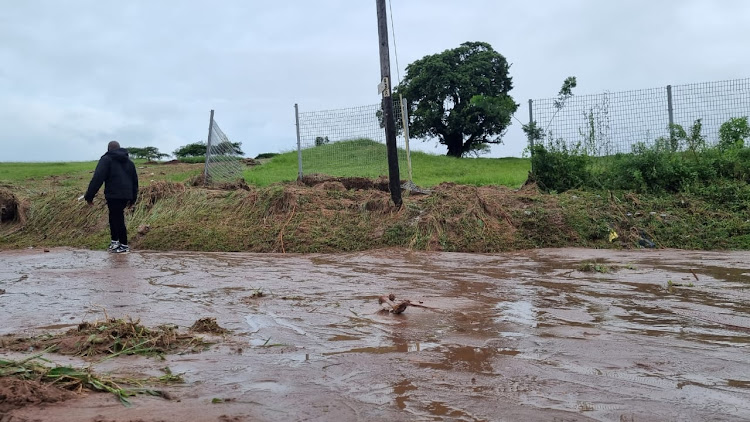 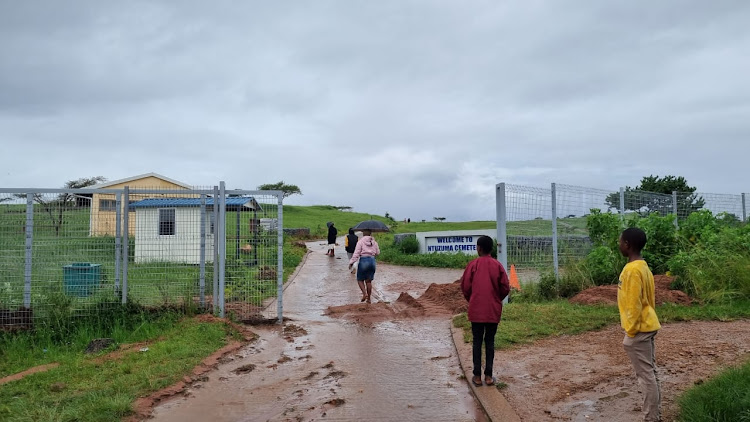 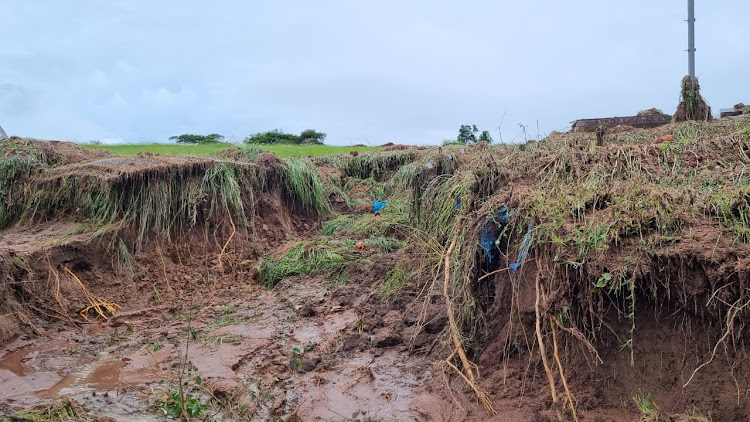 Dozens of skeletal remains surfaced following a mudslide which uprooted graves at Ntuzuma Cemetery, north of Durban, washing bones into the street.

A portion of the cemetery fence collapsed when torrential rains swept across the province, causing major flooding and damage to infrastructure since Saturday.

According to an official from the cemetery, who is not authorised to speak to the media, dozens of graves from the 1970s were uprooted due to the mudslide, which affected only a portion of the graveyard.

“These are not new graves. They are old. This is something beyond our control.”

Resident Precious Majola, 28, said: “It’s sad but also scary seeing the bones of people when we walk past. A lot of people are superstitious about this stuff. I know people who changed their route to avoid walking past this area.”

Thabani Ngubane, 45, said he felt for the families of the affected graves.

“Imagine this is one of your loved ones. It is sad but you cannot play with mother nature.”

Grace Mbenjwa, 57, said she was shocked when she heard what had happened.

“One of my grandkids told me what the rain did. I was shocked because I know people who are buried here,” she said.

City officials had the difficult task of accessing the road adjacent to the cemetery while mud, debris and skeletal remains littered the road.