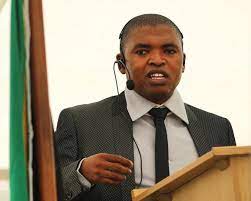 Linda Kofi was fired as principal of a King William's Town secondary school after punching a teacher in the face and leaving her bleeding.
Image: Department of Water and Sanitation

A principal who doubled his school's matric pass rate by organising extra classes was furious when some pupils did not attend.

But Linda Kofi's attempt to deal with the grade 12s cost him his job after he punched a teacher in the face in the middle of a class.

Kofi was fired by the Eastern Cape education department and this week he failed in an attempt to be reinstated at Phillip Mtywaku Senior Secondary School in King William's Town in the Eastern Cape.

The incident that cost Kofi his job happened in May 2018 after several grade 12 pupils failed to attend science classes he had arranged over the Freedom Day and Workers' Day long weekend.

These were part of a programme the physics teacher introduced when he was appointed principal in 2012, and he told Enslin he had doubled the school's 48% pass rate to 96% through his efforts. 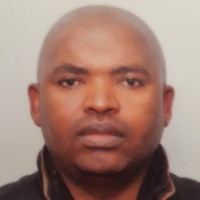 Life orientation teacher Lungelwa Sifumba said she clashed with Kofi over his attempt to deal with the absent pupils. Eventually he appeared in her class, began closing the students' books and told her “kupa ishori” (I will prove you wrong).

He asked her to move out of his way then shoved her. “She lost her balance and therefore tried to hold onto him. He turned around and hit her with a fist on the mouth and slapped her on the cheek. The learners tried to stop him and held him back. Someone ran to call other teachers,” Enslin said, recounting Sifumba's evidence.

Former pupil Thimna Nethi told the hearing she saw Sifumba fall on the desk bleeding, and school governing body member Mandipha Pendu testified that Kofi told her shortly afterwards he had “lost his temper and ended up beating Sifumba”.

Kofi told Enslin that Sifumba had tried to block his passage between rows of between 70 and 80 pupils in the classroom.

“He decided to find space between her and the desks to pass, but she closed the gap and they bumped each other,” said Enslin, recounting the principal's evidence.

“She then slapped him with an open hand. He stood and looked at her and she then threw fists and tried to grab him. She also headbutted him. He tried to push her away and he lost balance and fell on the desk. He denied that he had punched her.”

Enslin said Kofi's J88 form, recording medical evidence about his injuries, showed he had a bruised cheek, a small tear behind the upper lip, a loose tooth, tender fingers on the left hand and a tender left calf. 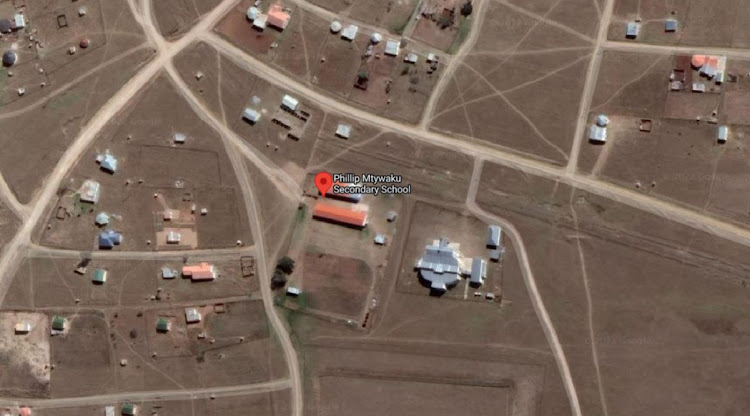 Phillip Mtywaku Senior Secondary School in Peelton, near King William's Town, where principal Linda Kofi was fired for punching a teacher in her face.
Image: Googler

The injuries were more likely to have been caused by an alleged beating in his office after Sifumba's husband and another man arrived at the school, he said. “As I understand it, there is a criminal matter pending where this will be dealt with.

“The J88 form for Ms Sifumba reflects that she had a swollen left cheek, a tearing inside the upper lip at the level opposite the left upper canine and a bluish discolouration on the left wrist area.

On a balance of probabilities, said Enslin, he believed the version of events related by the department's witnesses.

“Given the seriousness of the misconduct, the fact that there were other mechanisms available to [Kofi] to deal with a challenge to his authority, that it occurred in front learners, and that no remorse has been shown, I believe the sanction of dismissal is appropriate.”

In his LinkedIn profile, Kofi says he is now studying for a medical degree at the University of the Free State.

Black pupils at Hoërskool Jan Viljoen in Randfontein on the West Rand have recalled a racially motivated attack that left two of them limping.
News
4 months ago

Allegations of nepotism and financial mismanagement has resulted in over 200 pupils missing learning for the past six days after angry parents shut ...
News
5 months ago

An acting principal who shared a kickback on a textbook order with a school governor has failed to overturn his dismissal by the Free State education ...
News
5 months ago
Next Article