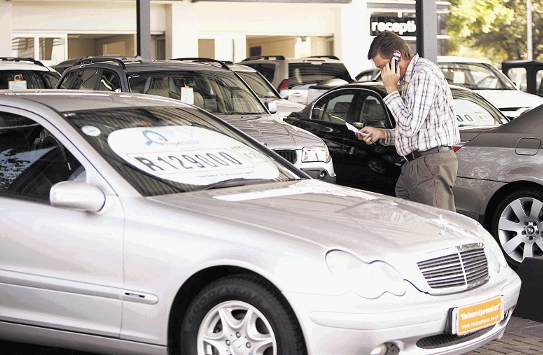 SA's motor vehicle dealers are at high risk of falling prey to money laundering by clients who use cash to buy vehicles.

Motor vehicle dealers were surveyed to ascertain their views on the sector’s vulnerability to money laundering and terrorist financing.

This may be done by investing in different immovable and movable assets.

“Dealers in high-value goods, which include motor vehicle dealers, have been identified by the international anti-money laundering community as being potentially vulnerable for money laundering.”

It defines terrorist financing, which according to the report is considered low risk in SA, as the process by which individual terrorists and terrorist organisations obtain funds to commit acts of terrorism.

In this weekly segment of bite-sized chunks of useful information, consumer journalist Wendy Knowler summarises news you can use.
News
7 months ago

“The ease of purchasing a vehicle, the extensive and prevalent use of cash and the fact that motor vehicle dealers are not subject to all FIC Act compliance obligations contribute to the sector being at a high risk for money laundering.

“Although most dealers and importers of new vehicles are subject to operating standards and entry level requirements imposed by their franchisors, they are not subject to statutory licensing requirements,” the report states.

It said with SA's large independent pre-owned dealership environment where standards are largely dictated by the owners themselves “there is often a high penetration of cash purchases which raises the risk for money laundering”.

“There are many private transactions regarding pre-owned vehicles taking place on a daily basis without effective monitoring as private individuals are not compelled to report cash transactions.”

During the same period, the sector filed a total of 58,535 suspicious and unusual transaction reports at an average of 11,707 per year.

“Although the FIC received a large number of reports from the sector, the number of motor vehicle dealers that are actively reporting in comparison with the total number of registered entities may be considered as low.

“The relatively low number of reports in the 2020/21 financial year may be attributed to a possible reduction in the number of transactions as a result of the Covid-19 pandemic.”

The majority of the regulatory reports filed with the FIC over the last five years have been cash threshold reports.

The FIC said it established that large numbers of dealers were no longer receiving cash on their premises due to safety concerns.

“However, the high number of cash threshold reports received over the last five years, points to the fact that cash is still to a large extent used in the sector — possibly in the form of bank deposits.

“The money laundering risks associated with the use of cash are therefore still present and motor vehicle dealers need to be aware of such risks and need to apply mitigating measures.”

The price and types of the vehicles sold, including conventional passenger, sports, off-road, vintage and collectible vehicles, also impacts on the money laundering risks faced by the sector.

“Although the average deal value of a high percentage of respondents points to the sale of conventional passenger vehicles, a significant proportion indicated they also dealt in expensive vehicles valued at more than R800,000.

“In the SA context, high-value vehicles pose a higher [money laundering] risk as criminals, including money launderers and their close associates, often buy expensive vehicles to flaunt their wealth or to launder their illicit funds.

Some clients, such as foreign prominent public officials, domestic prominent influential persons , complex legal structures or foreigners potentially pose a higher risk for money laundering, depending on the identified circumstances

“Some clients, such as foreign prominent public officials, domestic prominent influential persons, complex legal structures or foreigners potentially pose a higher risk for money laundering, depending on the identified circumstances.

“Motor vehicle dealers indicated in their responses that, though low in volume, they conducted business with these higher risk clients.

“Cash is still, to a large extent, used and is prevalent in the sector.

“Although most deals involved a deposit with partial financing, close to half of respondents indicated that they sold vehicles for cash without any financing arrangement.

“A large majority revealed they received deposits as cash payments or as full payment, and a small percentage of respondents indicated that some deals were done without the involvement of financial arrangements from other sources.”

According to the report motor vehicle dealers that are closer to borders with neighbouring countries may be exposed to greater risk for money laundering.