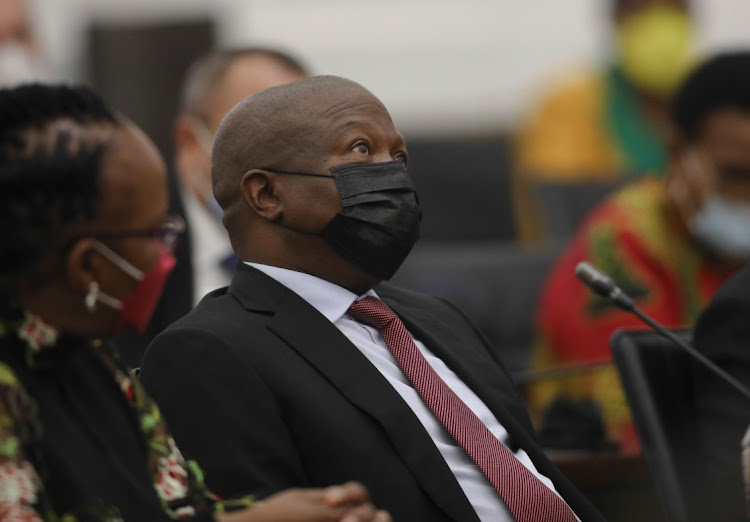 ANC deputy president David Mabuza was not invited to the Mpumalanga elective conference that saw new leadership elected in the province.

Asked if Mabuza was invited, Ndlovu questioned why the deputy president was being singled out.

"Why the deputy president specifically?" he asked.

"Mabuza was not invited to the conference. He is the deputy president and you can't just call him. There are other NEC [national executive committee] delegates who are here and the treasurer-general Paul Mashatile opened the conference."

Dubbed Mabuza's outgoing conference, Mpumalanga last held an elective conference in 2015, when Mabuza was re-elected as provincial chairperson before he rose to the position of deputy president of the ANC in December 2017 at Nasrec.

Ndlovu is a known supporter of Cyril Ramaphosa and in March, he publicly endorsed Ramaphosa to serve for a second term and Mpumalanga is well poised to make such an announcement after the lobby group known as Focus secured a clean sweep at this weekend's election.

Deputy president David Mabuza on Thursday confirmed that an agreement has been reached between SA and Mozambique to purchase gas.
News
3 months ago

Some have viewed the results from the weekend as a clear indication that Mabuza has lost his grip in Mpumalanga.

Also elected during the four-day conference was murder accused Mandla Msibi. He is charged with murder and attempted murder following a shooting at a Mbombela chisanyama in August last year.

Msibi stepped aside from his position as agriculture MEC shortly after he was charged. Msibi accepted nomination in absentia in the early hours of Saturday morning via a letter to conference.

On Msibi, Ndlovu said ANC resolutions were clear when it came to members who had been charged.

Step aside is automatic, he said.

"We're not going to manoeuvre anything but step aside is automatic. There are some members here that aren't affected because they don't have positions.

"The day you're elected into a position, step aside kicks in. All those who nominated comrade Mandla knew that step aside is automatic and that he's not going to be part of the PEC [provincial executive committee] up until he finalises his case.

"There's no vacancy because he's been elected as a treasurer but won't perform his function up until he finalises his case.

While the conference remained peaceful throughout, it was not without its challenges after two members of the Mpumalanga ANC went to court to try and interdict it.

However, the court application was dismissed by the South Gauteng High Court in Johannesburg.

Shortly after her election, Lindiwe Ntshalintshali said their key mandate was to unite, deal with factionalism and ill-discipline

"We lead everybody, including those who did not support us and are before the courts. We call upon them to come back home because we must open that platform where we're going to hear them and listen to their issues," she said.

Businesses in the Mpumalanga mining town of eMalahleni are over the moon as the ANC provincial conference scheduled to take place this weekend has ...
News
3 months ago
Next Article