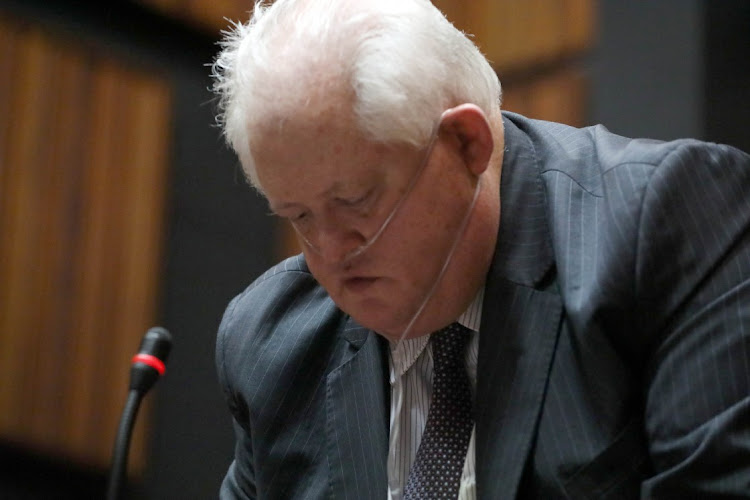 The corruption case of former Bosasa COO Angelo Agrizzi has been postponed until May 18 to obtain a high court date.

Agrizzi was not present in the Johannesburg specialised commercial crime court on Friday.

Agrizzi last appeared in court when he made his first appearance in the case in October 2020 and was denied bail. He was later released after he successfully appealed against bail not being granted before the Johannesburg high court later that month.

The purpose of the sitting on Friday was for the defence to bring an application in terms of section 342A of the Criminal Procedure Act to inquire into unreasonable delays.

The section empowers the court to investigate any delay in the completion of proceedings which appears to the court to be unreasonable.

If the court finds the completion of proceedings has been delayed unreasonably, it may — where the accused has not yet pleaded to the charge — order that the case be struck off the roll and prosecution not be resumed or instituted anew without the written instruction of the director of public prosecutions.

Seboka said on Friday the state has now acquired the services of an independent pulmonologist, who will assess Agrizzi and submit a report on his condition.

Agrizzi stands accused of offering gratification on behalf of Bosasa to former parliamentarian Vincent Smith in exchange for his influence as the then chairperson of parliament’s oversight committee on correctional services.

Bosasa scored contracts totalling just more than R1bn from the department of correctional services between 2004 and 2007.

The cases against the two were separated last year because of Agrizzi's ill health.

The R1.8bn tender fraud case involving former department of correctional services and Bosasa officials was on Wednesday postponed by the Pretoria ...
News
2 months ago

If the ANC died, so would Bosasa: Zondo report

If the ANC failed, so too would Bosasa — and this is why the controversial state contractor gave money and its own office space for the party's ...
News
2 months ago
Next Article