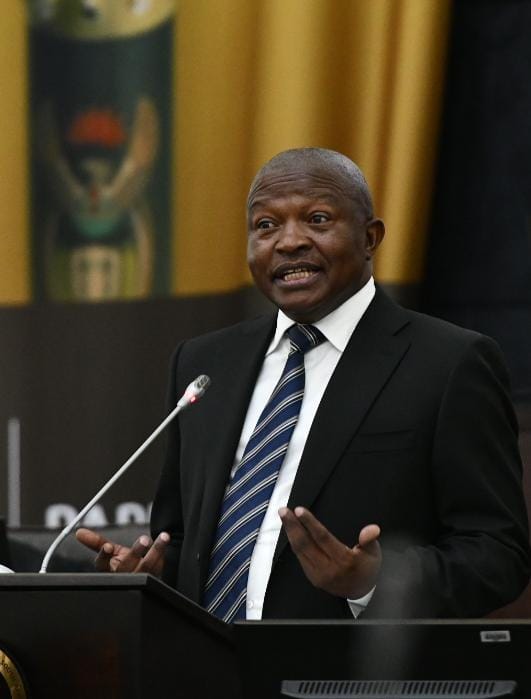 Deputy President David Mabuza has again told MPs that there was nothing sinister about his visit to Russia.
Image: GCIS

Mabuza was answering questions related to power utility Eskom when NFP MP Ahmed Munzoor Shaik Emam said: “We are a very suspicious nation, your visit to Russia and our neutral stance on Russian/Ukraine conflict is making people very suspicious about these gas deals.”

“I am sure honourable members will respect the choice of an individual to choose a hospital. It’s a choice.”

Mabuza, who was granted leave to go to Russia to receive medical treatment by President Cyril Ramaphosa, has been highly criticised for choosing to get treatment in that country.

In September last year TimesLIVE reported that Mabuza undertook a six-week trip to Russia for medical treatment. MPs were told that the trip was not funded by taxpayers and the only cost that was borne by the taxpayer was for private security who accompanied Mabuza.