Forcing citizens to get vaccinated would be crossing a red line, says David Mabuza 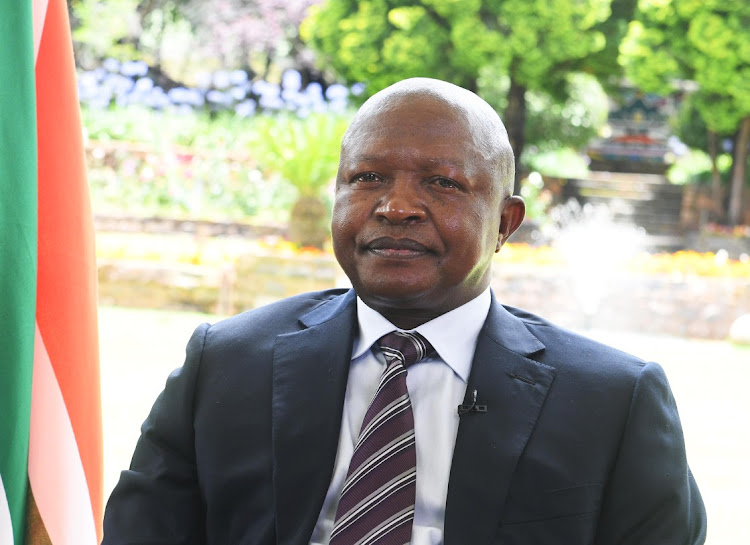 As the government prepares to exit the national state of disaster, Deputy President David Mabuza on Thursday said the government would honour its word of not forcing South Africans to take the jab.

“Some of the minimum regulations that are presented by health are going to remain post the disaster regulations so we think that people are going to adhere to these ... but one thing that we are not going to do is force people to go and vaccine (sic). We think that we would be crossing a red line,” said Mabuza.

He was answering questions during a National Assembly sitting.

This, Mabuza said, translated to 48.6% of adults having received at least one dose of the vaccine.

“The coverage is not equal across all ages, with more than 68% of people 60 and older having being vaccinated compared with 35% of those aged 18-34.”

Deputy president David Mabuza used his Christmas message on Friday to encourage those still sceptical about Covid-19 vaccines and their efficacy to ...
News
7 months ago

In light of President Cyril Ramaphosa’s March 22 announcement easing restrictions, Mabuza said it was critical to vaccinate to further reduce the number of infections, hospitalisations and deaths.

“Poor demands for the uptake for the vaccines remains the largest barrier to increasing vaccine coverage, however we are encouraged by the efforts of a number of sectors of society that have implemented policies and programmes are aimed at increasing the demand for vaccines.”

To address this, Mabuza said, the government would continue taking the vaccines to the  people.

On vaccine mandates at workplaces, Mabuza said the government will continue to encourage employers to develop and implement policies that promote the uptake of vaccines.

“The regulations recently published by the minister of Cogta [Nkosazana Dlamini-Zuma] provide an overarching framework that guides various sectors to promote vaccination as part of an incentive to participate in specific gatherings and sporting activities.”

Mabuza said the government and the department of health had done an assessment and based on that had identified certain key areas that would need strengthening so that the country would be prepared for another wave of Covid-19 that may emerge.

“We are mindful that we might face another wave and are doing everything possible to get ourselves ready.”

While the country was facing a looming fifth Covid-19 wave, Mabuza believed that the number of vaccinated citizens was enough to provide protection.

He said: “We think the health regulations that we are putting forward will continue to help us to manage the spread of this infection. We still insist on wearing masks when we are inside buildings, minimum distance of a metre and washing hands.”

Using his decision to seek medical treatment in Russia as an example, Mabuza said: “I have decided in the past to present myself to a health facility (in Russia), though very far. But I presented myself because I am ill, I don’t need anyone to push me, I am ill.”

Mabuza said on March 10 he consulted traditional, Khoi-San and interfaith leaders on progress made in the fight against the pandemic.

“They requested that we relax the regulation on the wearing of masks, especially for children in their Sunday classes.”

Furthermore, they expressed their unhappiness with the limitations on numbers of people attending church services as well as having to produce a vaccine certificate.

She was the first educator to be vaccinated at the vaccination site at the Grace Bible Church in Pimville, Soweto, on Wednesday as the rollout of the ...
News
1 year ago

Political parties have accused government of forcing South Africans to pay the price for vaccine rollout failures by adopting the adjusted level 4 ...
News
1 year ago
Next Article