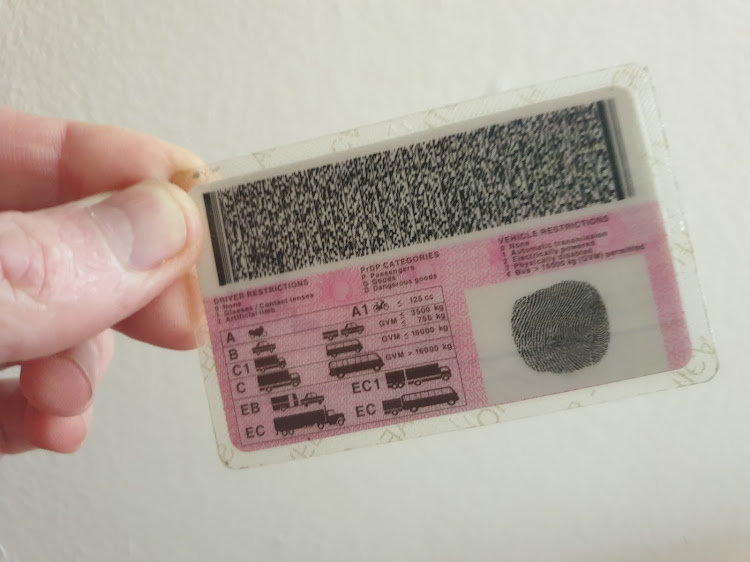 On March 8, Mbalula said the backlog stood at more than 500,000, with most of the people in Gauteng.
Image: DENIS DROPPA

Motorists whose driver’s licences have expired have called on the government to introduce an online system of renewing their licences as visiting testing centres takes time and is not cost-effective.

On Thursday, hundreds of motorists rushed to Driving Licence Testing Centres (DLTCs) to renew their licences as this was the last day given by transport minister Fikile Mbalula for all expired licences to be renewed or motorists would face penalties or fines by traffic officials.

On March 8, Mbalula said the backlog stood at more than 500,000, with most of the people in Gauteng.

The backlog was worsened by the breakdown of the machine that produces the licence cards late last year.

Onthatile Modise, who was queuing at the Roodepoort DLTC, said her licence expired in January. She then secured slots to visit the centre for renewal but when she arrived, it was closed due to a strike by driving school operators.

“I don’t only have to pay for transport to come here but also pay for eye testing. It is really frustrating. I’m working. It is very difficult to get days off. I came here because of the deadline. I had to take an unpaid leave day off.

Police flag down traffic cop and driving instructor for corruption

An Eastern Cape traffic cop and a driving school instructor have been hauled to court for driving licence corruption.
News
3 months ago

“Government must give us an extension that is about six months. The system must allow you to do everything online so that you do not have to come here,” said Modise.

Peter Hlungwane said his licence expired in February. “I was back home in Limpopo and could not renew. There has to be a better way of renewing licences, such as online,” he said.

Automobile Association of SA spokesperson Layton Beard said they have been making the call for a better way of renewing driver’s licences.

“He [Mbalula] must extend the deadline. We feel that government needs to put in structures that make it easy for people to get these documents. Quite clearly it is not the case at the moment.

“We feel that the whole process of renewing a driver’s licence should be done online. Payment can be done online and eye tests can be submitted directly via optometrist online. Motorists are frustrated by getting booking slots and standing in queues,” said Beard.

Mbalula is expected to announce his decision on whether he extends the deadline on Friday after a media briefing to shed light on the situation was cancelled on Thursday.