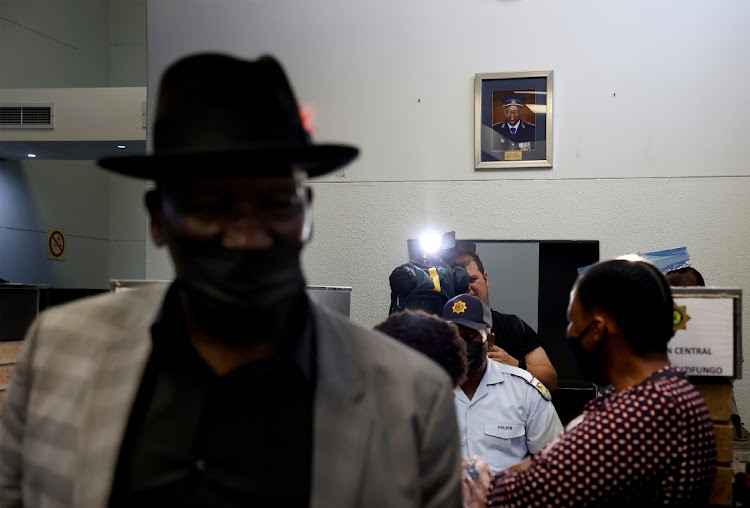 Police minister Bheki Cele is optimistic about the future of the police after the announcement of Lt-Gen Sehlahle Fannie Masemola as the new police commissioner.
Image: Sandile Ndlovu

In a statement from his office, Cele expressed confidence in Masemola’s capabilities, saying the appointment was met with much “enthusiasm and optimism”.

“The ministry is hopeful this appointment, which marks a new chapter in the life of the SAPS, will further strengthen the existing efforts within the service to safeguard South Africans and all those who live within our borders, along with their property,” read the statement.

“No stranger to the functioning of the SAPS both on an administrative and operational level, the police ministry is confident Lt-Gen Masemola, who served as the deputy national commissioner responsible for policing since April 2016, will hit the ground running in pursuing the overall vision of the organisation and take it to new heights.”

“We must commend President Ramaphosa for acting with agility in making the appointment and not allowing a vacuum to exist in this office, which is critical in the leadership and the mobilisation of all personnel and resources responsible for the safety and security of our country,” Cele said.

“The ministry will continue to lend support to the office of the national commissioner, as it charts the course of action which we are sure will build on the restoration of the morale and unity within the organisation. We are optimistic that this shift in the SAPS top management will not derail the efforts in place to build on an efficient and trustworthy police service that is accessible to all our people and is unapologetic about preventing, combating and investigating crime; maintaining public order; and upholding and enforcing the law.”

Sitole's departure came amid a strained relationship he had with Cele, which had on  occasion led to public spats.

Before he terminated Sitole’s contract, Ramaphosa had said the ongoing war of words between Sitole and Cele would have to be dealt with in the context of leadership changes in the country’s security apparatus.

Ramaphosa said Masemola was experienced and had a good track record.

He said he hoped Masemola would ensure that the police service was stable, capable and capacitated to deal with crime.

Masemola is replacing Gen Khehla Sitole, who was removed by the president last month after a “mutual agreement”.
News
2 months ago

Popcru says the trend of appointing politically connected individuals to head the police service has 'not yielded any tangible successes'.
News
3 months ago
Next Article