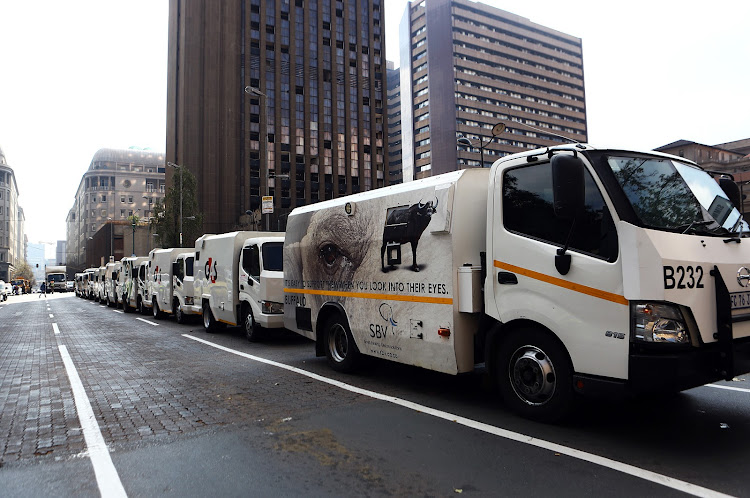 Two security guards have been injured and one is in a critical condition after a cash in transit (CIT) heist on the N4 highway on Thursday night.

Tshwane emergency services spokesperson deputy chief Charles Mabaso said one patient was transported to Mediclinic Meulmed in a moderate to serious condition, and the other patient was airlifted to Milpark Hospital in a critical condition.

“Tshwane emergency services received the call at approximately 9.15pm. It was reported that a vehicle was on fire on the N4 highway near the Watermeyer off-ramp,” he said.

Mabaso said upon arrival at the scene, they found three vehicles on fire. One was a cash in transit vehicle.

“Paramedics were treating two male patients reported to be security officers for injuries which included facial burns,” he said.

Mabaso said the firefighters managed to extinguish the vehicles.

“Law enforcement agencies continued with crime scene investigations while all ramps going to the N4/N1 at the Proefplaas interchange were closed,” he said.

In videos circulating on social media, gunshots could be heard and smoke seen.

Gauteng police are searching for about 12 suspects who robbed a cash in transit vehicle on the N4 near Watermeyer, Pretoria, on Thursday evening.
News
4 months ago

Two suspected robbers were killed and two arrested in an attempted cash delivery van heist on the R42 in Delmas, Mpumalanga, on Monday.
News
5 months ago

At least nine suspected cash-in-transit robbers from SA and Botswana were killed in a gun battle with police in Gaborone after a heist at a mall.
News
5 months ago

Journalists were barred from  covering the proceedings of the case against 10  cash-in-transit heist suspects who were arrested during a heavy gun ...
News
5 months ago
Next Article